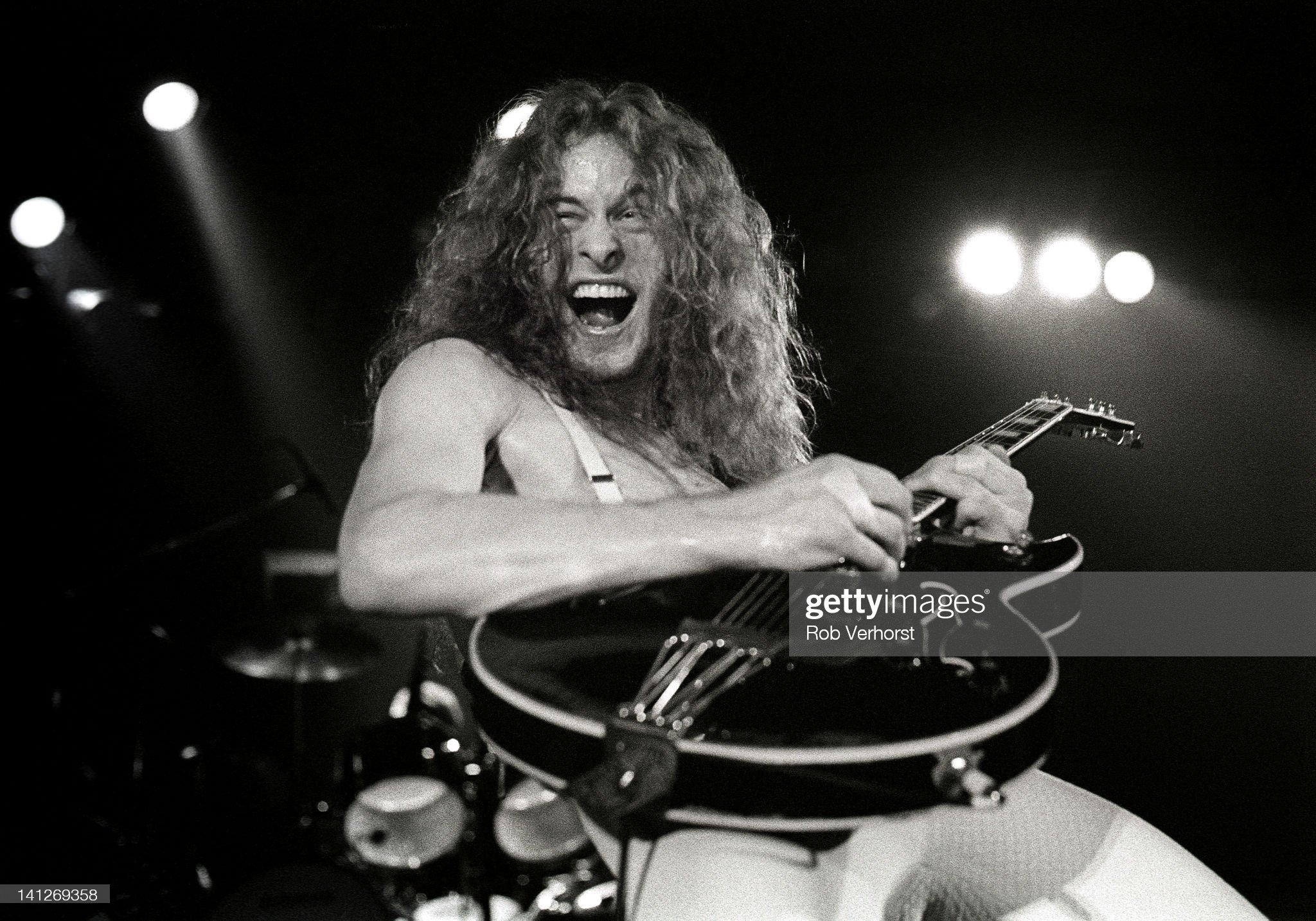 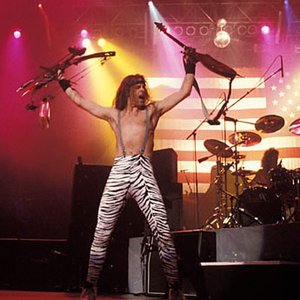 Theodore Anthony "Ted" Nugent (born December 13, 1948) (aka "The Nuge", "Motor City Madman", "Uncle Ted", or just plain Ted) is a guitarist and singer from Detroit, Michigan that has performed for over four decades. He originally gained fame as a guitarist for the The Amboy Dukes, a 60s psychedelic band best known for their hit "Journey to the Center of Your Mind". In the 70s, he went solo and had a string of bestselling albums with hits including "Stranglehold", "Free For All", "Dog Eat Dog", "Wang Dang Sweet Poontang" and, perhaps his best known song, "Cat Scratch Fever". He's also a notable public commentator for various right-wing social and political causes, especially gun rights.

He got his start around 1965 when, as a teenager living in Chicago inspired by contemporary rock n roll, he formed the first version of The Amboy Dukes. The name harks back to a somewhat infamous exploitation novel of the time. When Nugent went back to his Michigan roots in 1967, he assembled what would be the classic line-up of the Dukes, and they built a reputation as a raucous group. Their 1968 album Journey to the Center of the Mind, the title track blasting into the top 20, brought the band national stardom, but they would become bogged down in inter-group conflicts that left the Nuge the sole constant member.

Going solo, Nugent achieve fame as a solo artist for an arena-ready mix of hard rock with blues and psychedelic influences, particularly getting a reputation for wild stage performances by antics such as playing dressed as Tarzan (with just a loincloth on). In the 80s, the Nuge even tried his hand at acting in a haunting episode of the TV drama Miami Vice. It received both a strong critical and fan response.

In 1989, he joined Tommy Shaw of Styx, Jack Blades of Night Ranger, and drummer legend Michael Cartellone to form the hard rock supergroup Damn Yankees, which produced the 90s chart toppers "Come Again", a Billboard's #1, and "High Enough", an emotional power ballad (backed by a string section no less). The latter track led to the creation of a popular music video, the song reaching #3 on the U.S. Hot 100 and #2 on the AOR charts. After the band's folding, the Nuge continued his solo career and even managed yet another stint in a rock supergroup, this one being the TV series produced Damnocracy

Outside of music, Nugent has gained fame and notoriety, leading to widespread controversy, for his support of hunting and for various conservative political causes. His comments vehemently blasting various public figures from Barack Obama and Hillary Clinton have brought his name frequently to the headlines. He's also an important member of the NRA (National Rifle Association). He's written four books and numerous articles while also appearing many times in the news media, with his autobiography appropriately titled 'God, Guns, & Rock n' Roll.'

Besides a regular reality type show on cable showcasing Ted's outdoorsman skills, his most recent foray in music was the aformentioned reality television show, titled 'Supergroup', which resulted in the creation of band called Damnocracy. The band's other members were Sebastian Bach (formerly of Skid Row), Scott Ian (Anthrax) Jason Bonham ("Bonham", son of Zeppelin's John Bonham) and Evan Seinfeld (Biohazard). Though coming to an end quickly, it generated a large fan response.

Throughout his career, Nugent has climbed up the Billboard charts with multiple singles and albums. His latest album was titled 'Ultralive Ballisticrock', and he released it in 2013 through Frontiers Records. He continues to tour as of 2014, and plans for yet another album is in the works.

American rocker Ted Nugent has unveiled a lyric video for his new single “Come And Take It” from his upcoming studio album Detroit Muscle, which will be released via Pavement Music on April 29, 2022.