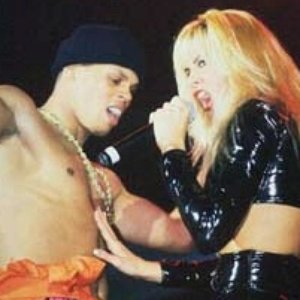 TH Express is a eurodance group from Italy.
The project was created by the French record company Ramdam Factory in collaboration with Mauro Farina .The group has Fauve as vocalist, while Ramses does the raps, and owe their success above all to their live appearances. The two first singles, I'm On Your Side and Missing In The Rain were a hit on dance floors in Spain, Japan, Benelux, South America and especially in France, where the group did most of their shows, and where their video clips were recorded. Strangely, on the sleeve on one of the versions of I'm On Your Side, one can read "TH Express feat Moe". Actually there is a strong probabilty that Fauve has never sung for TH Express : Annerly Gordon was the voice on I'm On Your Side then the rest of the album was sung by Tracey Saunders.

In April 1996, the album Love 4 Liberty (an excellent album containing some amazing eurodance tracks, such as Luv Luv Luv or Coming Up which was covered by a project called Piccadilly) was released, together with their 3rd single (with the same name). Although their first singles were typically eurodance tracks, Love 4 Liberty sounded more housy, following the mainstream of European dancemusic (even if one of the remixes was an amazing Eurodance track). In 1997, they released another single, called I'll Be Your Number One, their last real Eurodance song. On this track, which is not featured on the album, there is no rap from Ramses.