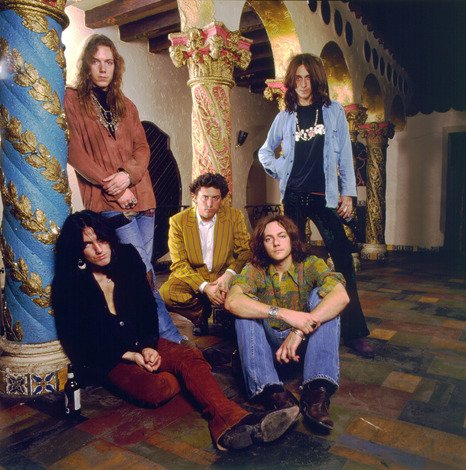 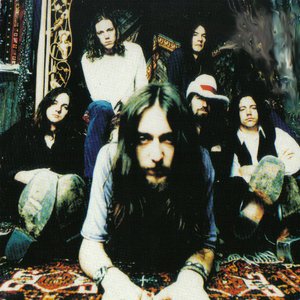 The Black Crowes is a blues-oriented hard rock jam band formed 1989 in Atlanta, Georgia, United States that has sold over 15 million albums and were hailed by Melody Maker as "The Most Rock N' Roll Rock N' Roll Band In The World" The band has toured with acts such as Aerosmith, ZZ Top, Jimmy Page, Tom Petty and the Heartbreakers, Oasis and Lenny Kravitz. The Crowes are listed at #92 on VH1's "100 Greatest Artists of Hard Rock".

At the time of their 1990 debut, the kind of rock & roll the Black Crowes specialize in was out of style. Only Guns N' Roses came close to approximating a vintage Stones-style raunch, but they were too angry and jagged to pull it off completely. The Black Crowes replicated that Stonesy swagger and Faces boogie perfectly. Vocalist Chris Robinson appropriated the sound and style of vintage Rod Stewart while guitarist Rich Robinson fused Keith Richards' lean attack with Ron Wood's messy rhythmic sense. At their best, the Black Crowes echo classic rock without slavishly imitating their influences.

The Robinson brothers originally formed the Black Crowes in Georgia in 1984. By the time of their 1990 debut, Shake Your Money Maker, the group comprised Chris Robinson (vocals), Rich Robinson (guitar), Johnny Colt (bass), Jeff Cease (guitar), and Steve Gorman (drums). "Jealous Again," the first single from Shake Your Money Maker, was a moderate hit but it was the band's cover of Otis Redding's "Hard to Handle" that made the group a multi-platinum success. "Hard to Handle" climbed its way into the Top 40, propelling the album into the Top Ten. The acoustic ballad "She Talks to Angels" became the band's second Top 40 hit in the spring of 1991. Shake Your Money Maker would eventually sell over three million copies.

The Black Crowes delivered their second album, The Southern Harmony and Musical Companion, in the spring of 1992, adding new lead guitarist Marc Ford and keyboardist Eddie Harsch. It entered the charts at number one, but it didn't have as many hit singles as the debut; none of the singles cracked the Top 40 and only "Remedy" and "Thorn in My Pride" made the Top 100. Nevertheless, the band established themselves as a popular concert attraction that summer, selling out theaters across America. The Black Crowes' third album, Amorica, arrived in late 1994. Amorica debuted in the Top Ten, but none of the singles from the album made the charts; even though the record went gold, it slipped off the charts in early 1995.

Three Snakes & One Charm, the group's fourth album, was released in July of 1996. The album entered the charts at number 15, but it quickly slipped out of the Top 50. Nevertheless, the album received the best reviews of any Crowes album since The Southern Harmony and Musical Companion. Guitarist Marc Ford was fired from the Black Crowes in August, 1997; two years later, the group returned with By Your Side. In mid-2000, the band collaborated with Led Zeppelin guitarist Jimmy Page on the double-disc Live at the Greek, an eclectic mix of newly recorded Zeppelin covers and additional classic blues cuts. A Tribute to a Work in Progress: Greatest Hits 1990-1999, a 16-track best-of compilation was also released in mid-2000. The Don Was-produced Lions appeared in spring 2001, and a summer tour with Oasis – the Tour of Brotherly Love – followed in June. But all was apparently not well with the group, in January of 2002 the band announced that they were on hiatus. Drummer Steve Gorman was fired from the band, and Chris Robinson announced his intentions for a solo career.

The Black Crowes have since reunited. All members circa 1992 are back, with the addition of one of their previous bassists, Sven Pipien, and harmony singers Mona Lisa Young and Charity White. They are enjoying a renaissance within the group as well as with their longtime fan base and have been consistently touring since formally reuniting in March 2005. In November of 2007, it was announced that North Mississippi Allstar guitarist Luther Dickinson formally joined the band, replacing Paul Stacey. He appears throughout the Crowes' album Warpaint, which was released in March of 2008.

In late 2019, during an interview on The Howard Stern Show, Chris and Rich Robinson announced that they had resolved their differences (the brothers hadn't spoken in the years since the band's 2015 split). Besides the Robinson brothers, the reunited lineup featured an entirely new backing band including guitarist Isiah Mitchell (from the bands Earthless and Golden Void), bassist Tim Lefebvre (formerly of the Tedeschi Trucks Band), keyboardist Joel Robinow, and drummer Raj Ojha. This line-up premiered at The Bowery Ballroom in New York City on November 11, 2019 where they played the entire Shake Your Money Maker album.