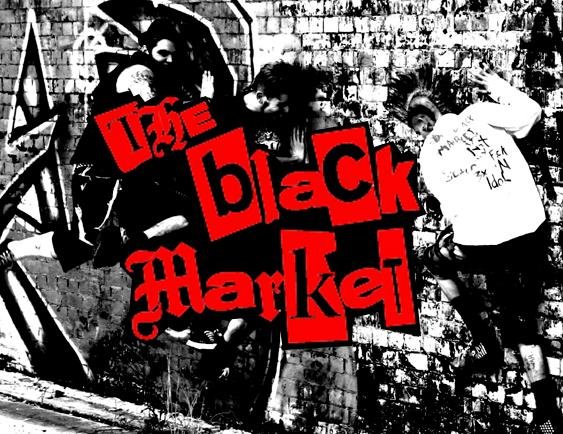 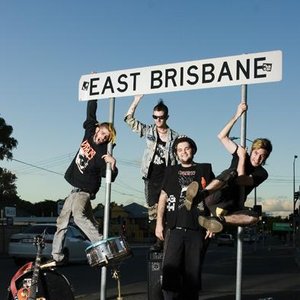 The Black Market was formed out of the old school punk scene in Brisbane Australia (where The Saints emerged). Toby Market and Easy Steve Reed are old friends who have been playing guitar together since their early teens. Bryce Responsible joined the band two years ago and The Black Market began recording in earnest.

The first album Subtle as a Brick (2005) received acclaim in Brisbane, selling 1500 copies independently and being described as the No 1 Punk Release for 2005 by Rave Magazine in Queensland.

Early in 2006, the band joined forces with Wernher Pramschuffer of Great Music and went to Rockinghorse Studios at Byron Bay for three weeks to record fourteen new songs. Toby Market told Tsunami Magazine of the experience: "It was really enlightening. Peace, quiet and serenity are not really hallmarks of The Black Market but the time it gave us to really think about what we were doing and why we were there helped in the end."

And in the end, To All Corners of the Globe (2006) was born. The album is an amazing mix of punk, ska, reggae and blues bonded together with the energy and passion of musicians who have great faith in music. The Black Market believe the real purpose of music is to effect social change. Toby Market says "We think a lot about humanity at Black Market HQ. We have all been labelled idealistic, even hippies, for the way we see the world. Basically, this is official Black Market ideology: if everyone woke up tomorrow and decided not to hurt anybody else and to do the best by their friends and neighbours, then the world would be a better place." The whole ethos of To All Corners of the Globe reflects this ideology with songs about oppression and injustice juxtaposed against songs about the power of unity and friendship. It's positive and designed to uplift.

The songs, particularly Let's Have A Word are receiving airplay across Australia on Triple J, Bay FM and 4ZZZZ and the album, distributed through Reverberation, is selling well. The filmclip of the song has been shown nationally on Rage (the ABC).

For The Black Market, music and lifestyle go hand in hand. As Toby Market explains: "Popular music comes and goes, trends come and go but the underground punk scene of Australia and the world will always be here. Although a lot of people try, what we have is something that cannot be faked." And that sums this band up: not fake, real people playing real music for the real enjoyment of their burgeoning fan base.