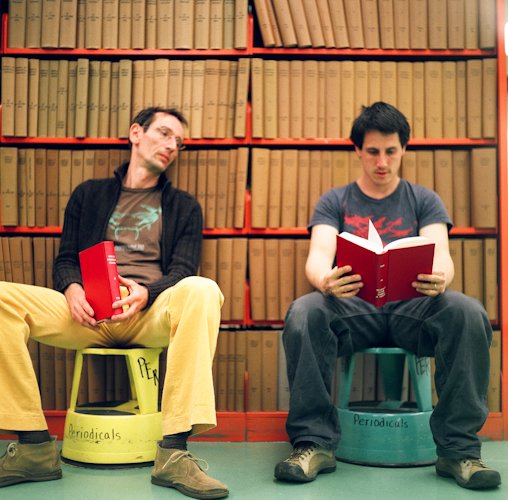 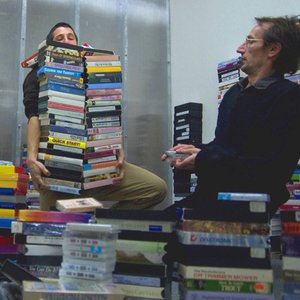 @The-Books
experimental electronic indie electronica indietronica
The story of The Books began in 2000, when Nick Zammuto and Paul de Jong met through a friend in New York City. Sharing similar interests but different backgrounds in acoustic music and found sound, Zammuto and de Jong took their sonic experiments to the studio. Eventually, with some urging by Tom Steinle of Tomlab Records, they created what would become their debut record, 'Thought for Food', in 2002. Within a year, the Books relocated to Hot Springs, NC, and recorded and released 'The Lemon of Pink'.
Top Tracks
1) Tokyo
2) Smells Like Content
3) There Is No There
4) A Little Longing Goes Away
5) Take Time
6) A True Story of a Story of True Love
7) Bonanza
8) S Is for Evrysing
9) That Right Ain't Shit
10) Be Good to Them Always
11) Enjoy Your Worries, You May Never Have Them Again
12) It Never Changes to Stop
13) Read, Eat, Sleep
14) Don't Even Sing About It
15) Vogt Dig for Kloppervok
16) The Lemon of Pink
17) The Future, Wouldn't That Be Nice?
18) All Bad Ends All
19) None but Shining Hours
20) PS
21) A Cold Freezin' Night
22) An Owl With Knees
23) Venice
24) If Not Now, Whenever
25) Motherless Bastard