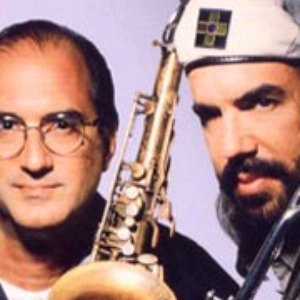 The Brecker Brothers was the musical duo of the late Michael Brecker (saxophone and EWI) and Randy Brecker (trumpet and flugelhorn), who recorded several commercially successful jazz fusion albums together in the 1970s, 1990s, and 2000s. The two played together as session musicians on albums such as Parliament's Mothership Connection and also had prolific recording careers separately.