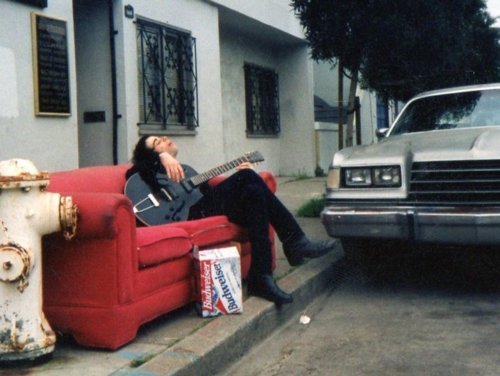 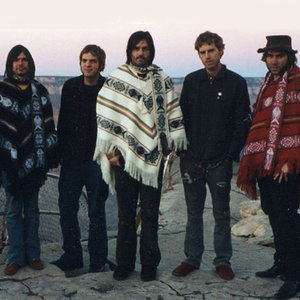 The Brian Jonestown Massacre was formed in San Francisco in 1990. The band has had over 40 members since then, but its driving force and main songwriter is Anton Newcombe. Other prominent members have included Matt Hollywood, Dean Taylor, Jeff Davies, Brian Glaze, and Joel Gion. Their sound is heavily influenced by the psychedelic sounds of the 1960s, but also carries influences from shoegaze, jangle pop, garage rock, and lo-fi genres.

Over its decade-long history, the band has undergone a large number of personnel changes. Multi-instrumentalist and main songwriter Anton Newcombe is the only member who has stayed with the Brian Jonestown Massacre since its beginning, when it was founded by Newcombe, tambourine player Joel Gion (who stayed with him the longest), and guitarist/bassist/vocalist Matt Hollywood. There are at least two dozen musicians who have been in the BJM at one point or another.

Much has been made of the fact that Newcombe is head strong and has just one vision in mind: his own. However, many of the musicians who quit his band have stayed in his orbit and continue working with him in some capacity. Newcombe was, at one point, a drummer in Hecksher's Warlocks. Campanella produces or engineers many of the records on Newcombe's record label, the Committee to Keep Music Evil and has also been on the last 2 highly successful European tours, playing keyboards and on occasion, guitar. Gion is forever showing back up shaking the tambourine at BJM shows. Even the Dandy Warhols appear to have buried the hatchet with Newcombe, as he joined them onstage at Lollapalooza in July of 2005.

In 2005 the band released the EP We Are the Radio, on Newcombe's record label The Committee to Keep Music Evil.

The band announced the release of a new studio album, tentatively titled My Bloody Underground, which was released in 2008. On September 3, 2007, the band released rough recordings from the album for download from their website. Music videos of the songs on the album have also been released, including a music video compilation DVD entitled 'Book of Days'. Songs from Brian Jonestown Massacre were specially adapted for use in the score to the critically acclaimed independent film, "Four Eyed Monsters."