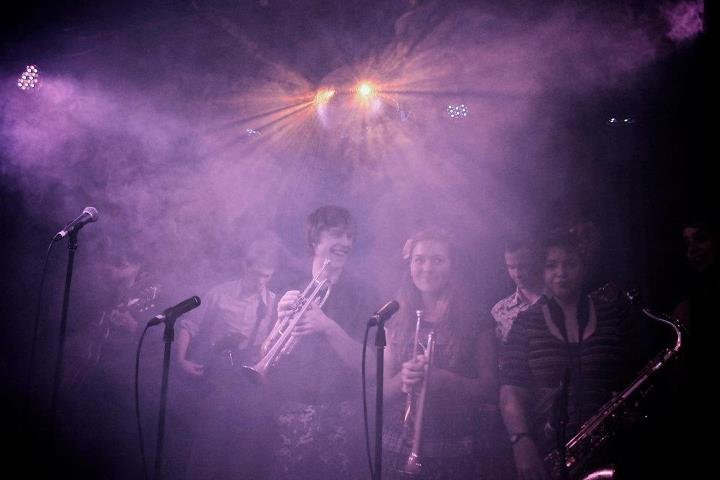 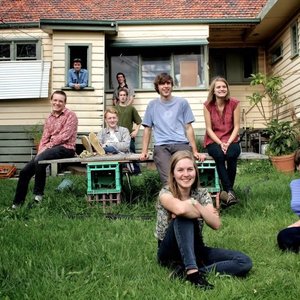 Trying to tune in to The Cactus Channel all night and then finally, out of all the interference and noise, comes the signal I’ve been looking for. Reverb-drenched guitars and heavy, ominous drums begin. A picture becomes clearer then disappears again. Then another. There’s no front-man. There’s no singing. There are horns, tape delay, organ and synthesizers. It’s a soundtrack to something kind of exotic, but not quite. Is there any method to this madness? From ground zero it’s hard to tell.

In a stinky share house in West Brunswick, The Cactus Channel’s new jam-barn is a an epic DIY studio experiment. There's either someone cutting up tape, sampling drums or trying to write a hit song in every room. Rhythm section tracking in the living room, horns rehearsing in the kitchen and keyboards and guitars everywhere. Every hallway is a tangle of cabling or congas. It’s pretty unclear how the rent is paid but no one is worried, there's a vibe. Lewis Coleman and Henry 'Jnbo' Jenkins are engineering in their bedrooms when they’re not playing their instruments. The band is killing it while the kettle boils and the rice-pasta cooks. Welcome to Wyall Style Studios. It’s not the prettiest house on Wyall Street, but you if you bring the funk, you can stay whenever you like.

Five years in, two LPs and three 45s down, The Cactus Channel are taking control of their own destiny. Self-producing now, self-managing too. The same heavy instrumental hypno-funk that sample cutters dreams are made from. The same hyper-saturated boom, and the same echoing bap. It’s sp00kier now though. It seems darker and goofier at the same time. It’s like Tim & Eric collaborating with Jim Jarmusch at the Muscle Shoals In the year 2500.

Well established now as one of Australia’s premier instrumental acts, the musicians that make up The Cactus Channel are branching out. Sessional players for artists such as Mojo Juju and WILSN, club shows and festival spots all over the country. Engineering and production on everything from future beats to soul throwback records. The move to Wyall Street marks the beginning of a new cactus chapter. Tune in. Headphones up loud with your nan. It’s a vibe, yo.