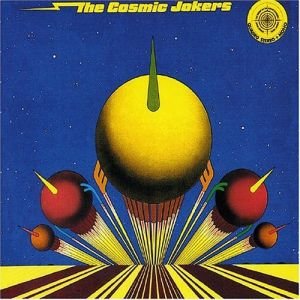 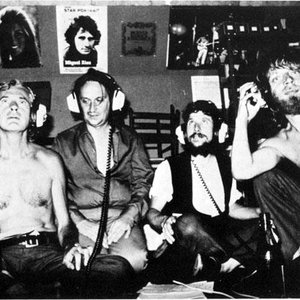 The COSMIC JOKERS is not really a band but a reunion of several German musicians and personalities from the 70s psychedelic and esoteric philosophies. producer/label owner Rolf Kaiser-Ulrich had begun to explore psychedelia more seriously after the success of this music in the US and UK. He began a sub-label called "Kosmische-Kouriers" to sign new acts in Germany. It was meant to be an extremely open project with different musicians playing on each other's records from the get go. Much of it was in keeping with the protest movement in the youth counter-culture of West Germany at that time. The interest of this side project was to create a cosmic music with a virtual musical tribe to develop the world consciousness thanks to LSD. The label and roster of artists idea never really happened. This later became a huge fiasco. The cosmic musical team gathered around the message of a bunch of well known rock musicians from the Berlin scene (mainly Klaus Schulze, Manuel Gottsching, but later many others). The first album released under Rolf Kaiser-Ulrich's drug inspired philosophy was Ash Ra's 'Seven Up.' In 1972, Kaiser-Ulrich produced two others albums with personalities from the underground psychedelic movement. There was the late mystic, esoteric writer Sergius Golowin (on recitations for the cosmic/psych folk project “Lord Krishna”) and the Swiss gypsy/folk artist Walter Wegmuller for the project around the symbolism of “Tarot” cards. Wegmuller's 'Tarot', released in 1973, became a landmark album. The years 1973 and 1974 saw the release of the "new" band-The Cosmic Jokers. A number of releases followed including 'Planeten Sit-In', 'Galactic Supermarket', and 'The Cosmic Jokers'. The mostly improvised songs build around the talented Manuel Gottsching’s psychedelic electric guitar. Also, notable is Jurgen Dollase on piano and of course, Klaus Schulze. All moving in rhythm to the heavy drumming of Harald Grosskopf. A host of other musicians make appearances. The music is largely improvised with proto-electronic gadgets combined to spacey musical sentences. This is real German acid music, a ‘music of paradise’, transcending music, breaking of the materialistic world, a protest against the reality. The combination of acid, music and fun acted as a catalyst for Kaiser’s visionary powers.