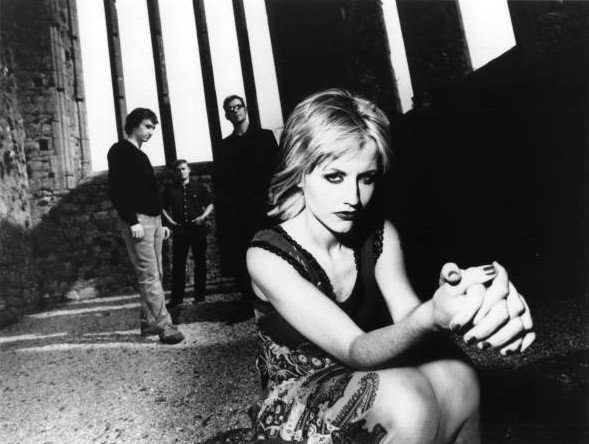 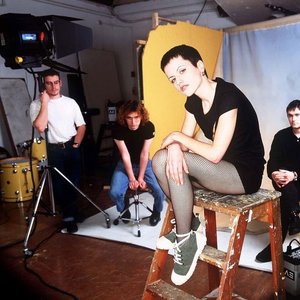 The Cranberries was an alternative rock band from Limerick, Ireland that formed in 1989 and rose to mainstream popularity in the early 1990's. The band consisted of Noel Hogan (guitar/vocals; also a member of Mono Band, Arkitekt and The Puro), Mike Hogan (bass/vocals), and Fergal Lawler (drums/percussion; also a member of The Low Network). Dolores O'Riordan (vocals, keyboards, guitars) was a member from 1990 until her death in 2018. The band went on hiatus in 2003 and reunited in the summer of 2009.

Combining the melodic jangle of post-The Smiths indie pop with the lilting, trance-inducing sonic textures of late-80s dream pop and adding a slight Celtic tint, The Cranberries became one of the more successful groups to emerge from the indie scene of the early 90s. Led by vocalist Dolores O'Riordan, whose keening, powerful voice was the most distinctive element of the group's sound, the group initially made little impact in the United Kingdom.

It wasn't until the lush ballad "Linger" became an American hit in 1993 that the band also achieved mass success in the U.K. Following the success of "Linger", The Cranberries quickly became international stars, as both their 1993 debut album, Everybody Else Is Doing It, So Why Can't We?, and its 1994 follow-up, No Need to Argue, sold millions of copies and produced a string of hit singles like "Dreams", "Zombie" and "Ode to My Family".

By the time of their third album, 1996's To the Faithful Departed, the group had added distorted guitars to its sonic palette and attempted to make more socially significant music, which resulted in a downturn in the band's commercial fortunes.

During the next few years, the band cancelled a large tour and rumours of a breakup were widespread. In 1999, they released Bury the Hatchet to mixed reviews. In 2001, the band issued Wake Up and Smell the Coffee to rave reviews. The album debuted at number 46 in the US charts.

In 2003, The Cranberries announced they were taking some time to pursue individual careers. They decided to put the next album on hold. After more than a dozen years of relentless touring and promotion, which had seen them clocking up album sales in excess of 43 million and playing to hundreds of thousands of fans around the globe, the band decided it was time for a break.

On 25 August 2009, Dolores O'Riordan announced that The Cranberries will be reuniting for a North American tour to begin in mid-November 2009, to be followed by dates in Europe in early 2010. O'Riordan indicated that the band will be playing songs from her solo albums and a lot of The Cranberries classic hits as well as some new music written by the group together.

The Cranberries recorded Roses at the Metalworks Studios in Toronto (Canada) from 18 April to 15 May 2011 with producer Stephen Street, who previously collaborated with the band on first, second and fifth albums. The Cranberries worked on 15 tracks during the Roses session, although not all will be included on the album. The album is scheduled for release on 14 February, 2012.

On 26 May 2016, the Cranberries announced that they would start their next tour in Europe. The first show was held on June 3.

A new "unplugged" Cranberries album titled Something Else, featuring the band's hits along with three new songs, was released on 28 April 2017 through BMG. The album received mostly positive reviews.

On 15 January 2018, lead singer Dolores O'Riordan was found dead of drowning in a London hotel room. The Cranberries confirmed in September 2018 that they would not continue as a band, releasing their final album In the End in April 2019 and disbanding afterward.Noel Hogan stated: "the Cranberries was the four of us. We don’t want to do this without Dolores. So we’re going to leave it after this."

The Cranberries' final album In the End has been nominated for Best Rock Album at the 62nd Annual Grammy Awards. The awards take place at the Staples Center in Los Angeles on January 26, 2020.