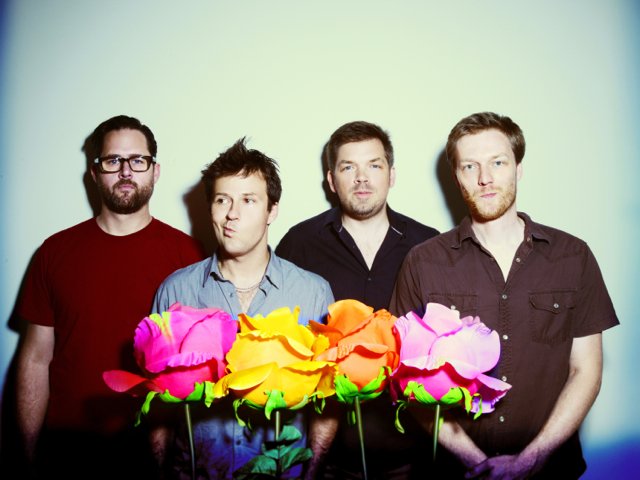 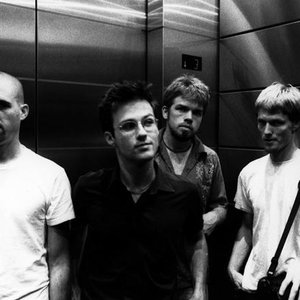 The Dismemberment Plan was an indie rock/post-hardcore band formed in Washington, D.C., United States on January 1, 1993. Also known as "The D-Plan" or "The Plan," the band's name comes from a stray phrase uttered by the insurance salesman in the popular comedy Groundhog Day. The band members included Eric Axelson (bass), Jason Caddell (guitar), Joe Easley (drums) and Travis Morrison (vocals and guitar). Axelson, Caddell, Morrison and original drummer Steve Cummings formed the band after attending Lake Braddock Secondary School together in Burke, Virginia. Cummings left the band after the recording of the Plan's debut album ! and was replaced by Easley starting on their second LP, The Dismemberment Plan Is Terrified.

Aside from a brief interlude in 1998 and 1999 when they were signed by major label Interscope Records, the band recorded for local label DeSoto Records. Their third record and breakthrough album, Emergency & I, was actually created during their time at Interscope; however, they were dropped from the label shortly after its completion, and thus took it back with them to DeSoto, where it wound up being released. The Ice of Boston EP is the only item of theirs Interscope actually released during their tenure there.

Following the massive underground success of Emergency & I, the band received an even higher profile after being invited to open for the European leg of Pearl Jam's 2000 tour. The band recorded and released a follow-up to Emergency & I, Change, in 2001 using the severance money they received from Interscope, and a subsequent co-headlining tour in 2002 with Death Cab for Cutie (cheekily called the "Death and Dismemberment Tour") also worked well to raise both bands' profiles and cross-pollinate their fanbases, as well as forge creative ties between several members.

Later that summer and fall, the Dismemberment Plan started to debut songs for their follow-up to Change. In 2002, the band put all the music tracks from their last two albums on their website, encouraging fans to remix the songs. The result was 2003's A People's History of the Dismemberment Plan. On January 19, 2003, however, the band announced on their website that they had decided to break up after a few tours that year. A final show was planned for July 28, 2003 in Washington D.C.'s famous outdoor show space, Fort Reno Park. However, come show-time, a heavy rain had driven off all but the most devoted fans, leading the band to add one more final show.

On September 1, 2003, the band closed out the first part of their career with a sold-out show at the renowned 9:30 Club. Following the split, Travis Morrison took the post-Change songs with him for further work, and released many of them on his first album, Travistan, in 2004. Jason Caddell worked with Morrison on Morrison's second album, All Y'all, which was released under the name Travis Morrison Hellfighters. Eric Axelson started a band called Maritime with former members of The Promise Ring; they released an album, Glass Floor, in 2004. Axelson subsequently left Maritime and joined the band Statehood in mid-2006 with Joe Easley until the tragic death of Clark Sabine in June 2009. The Dismemberment Plan itself even reunited for two shows to benefit Cal Robbins at the Black Cat in Washington, D.C. on April 29 and April 30, 2007. A full reunion still seemed unlikely, though, and on July 2, 2009, Travis Morrison announced his retirement from music, stating that there would be no more shows or bands.

In late 2010, however, the Dismemberment Plan announced that they would reunite for a full-scale tour in 2011 coinciding with Barsuk's vinyl reissue of Emergency & I. At the time, the band denied that they were planning a new record, but implied that one could be possible. By the time the tour was finished, the band played on Late Night with Jimmy Fallon, as well as three performances in Washington, D.C., the Pitchfork Music Festival, Philadelphia's Roots Picnic, and ten other dates.

The band reconvened once again in 2012 and played several small-venue shows in Baltimore, Maryland and Fredericksburg, Virginia, where they debuted eight new songs; a month later, Travis Morrison confirmed that they were working on a new record. On June 26, 2013, the band officially announced their fifth studio album (and first new record in 12 years), entitled Uncanney Valley. It was released via Partisan Records on October 15, 2013.