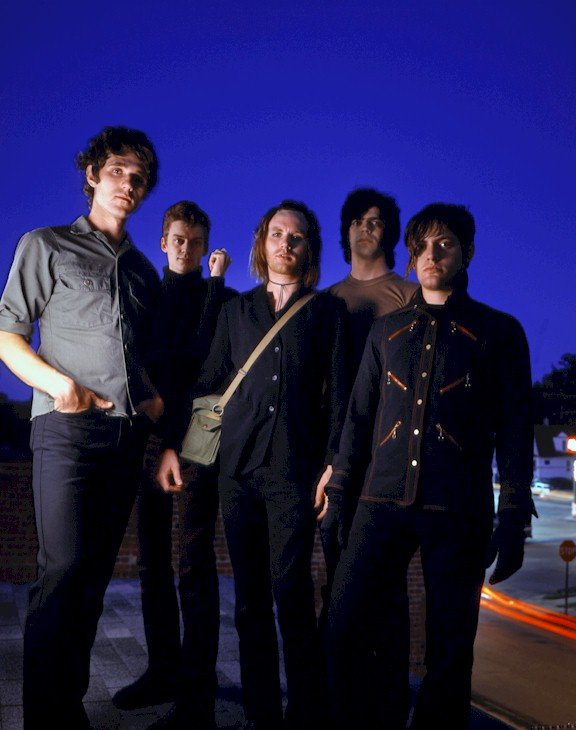 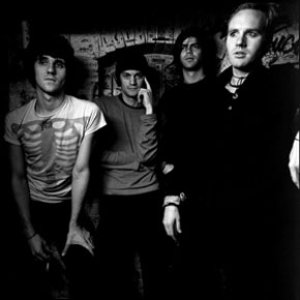 The Faint is an indie rock/dance punk band. Formed in Omaha, Nebraska in 1995 The Faint was originally known as Norman Bailer, a reference to Norman Mailer. The band Norman Bailer also included Conor Oberst, of Bright Eyes, with whom The Faint toured in 2005. He left shortly after joining and wasn't let back into the band when he attempted to come back. They recently split from their longtime home Saddle Creek Records to record their latest album "Fasciinatiion" on their own label, "blank.wav".

The band consists of Clark Baechle, Todd Fink (formerly known as Todd Baechle), and Joel Petersen. They signed to Saddle Creek Records and released a few singles, but were unable to establish widespread sales, though they were extremely popular in the Omaha-area. After adding Matt Bowen, The Faint released Media, which established them within a small, national community of fans. While touring, Bowen left and was replaced by Jacob Thiele who helped move the next album, Blank-Wave Arcade, towards a more dance and electronica influenced sound. The album was an underground hit. Partway through the creation of the morose Danse Macabre, The Faint added Dapose, a death metal guitarist formerly of LEAD. Danse Macabre was also a critical and commercial success and has helped to establish a wider fanbase for the band. Their 4th album, released in 2004, is called Wet from Birth.

In 2002 bassist Joel Petersen released the first album from his solo project, Broken Spindles, and he has since released two subsequent albums and had a U.S. tour. Guitarist Dapose also has a side-project, Vverevvolf Grehv, releasing his first album in 2008.

On December 12th, 2005, The Faint announced that they have moved out of The Orifice (a rented out warehouse they used to record Wet from Birth) and into ENAMEL, a 100-year-old building where they recorded the tracks for their next album, Fasciinatiion.