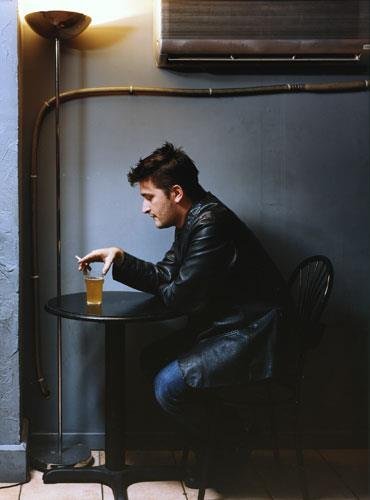 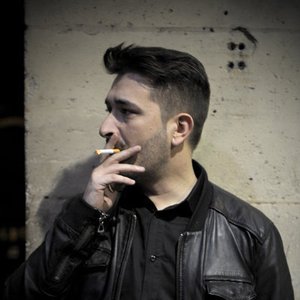 The Hacker is a French electroclash and techno producer who has worked extensively with Miss Kittin.

« L'homme de l'ombre »… From his start in the hardcore technoscene, to the massive success he found with Miss Kittin; Michel Amato aka The Hacker is one of today's most talented and innovative French artists. With influences from Electro (Kraftwerk) to New Wave music (The Cure and Depeche Mode) and familiarity with the French rave scene of the early 1990s his sound is well defined, yet original.

Michel started making music in 1989 at the age of 17 in Grenoble (France). At the time Duran Duran was an early influence but he later discovered the dark side of Electro through bands like Cabaret Voltaire and D.A.F. In 1993, although in love with the sound of LFO, he took on the hardcore side of Electro and released a few 12”s with Benoit Bolloni (aka The Money Penny Project) under the moniker XMF on the label of the same name.

In 1995, he lowered the Beats Per Minute but not the energy. Under the name The Hacker he made his own music in classic Detroit style with Jeff Mills in mind. His first tracks were released on the Ozone and Interface labels. Three years later he founded his own label Goodlife Records (a classic track from Inner City) with his friends Oxia and Alex Reynaud. However, he still releases tracks on other labels such as A Strange Day on UMF and Method Of Force on Sativae. The tones of his debut album Melodies En Sous-Sol (spring 2000) surmise his musical dreams where you can hear distant echoes of New Order, Dopplereffekt or the hardcore of PCP.

His first albums, the 12” Electronic Existentialist (Missile) and Cabaret Futura (Feis) remixed by Greed (Laurent Garnier) put forth the statement that The Hacker was the new messenger of the French Electronic scene. Yet another project that put The Hacker on the international Electro stage.

With his friend Caroline Hervé aka Miss Kittin, he began producing (1980s) style electro-pop in the mid 90's. DJ Hell loved their first track Gratin Dauphinois on Technics and signed them on his new label Gigolo in 1997. In Germany, their success was immediate owing to the releases of Champagne and Intimités. They began receiving bookings everywhere with Miss Kittin appearing as a dominant nurse and The Hacker cold as ice behind the decks. With the beginning of Electroclash in 2001, and the release of their First Album, they became popular worldwide. They played at parties around the world and were talked about by big name artists such as Karl Lagerfeld, Elton John, Björk or Madonna to name a few. The Hacker is one of the most sought-after producers, doing remixes for Mark Almond, Fischerspooner, Air and Nitzer Ebb.

In 2002 after their U.S. tour, Michel and Caroline decide to take a break from their collaberative project. The Hacker took this opportunity to produce many new tracks released vinyl, such as The Beach on Mental Groove and Dance Industria on Tiga's label Turbo. He collaborated with Kiko, Alexander Robotnick, millimetric and David Caretta, touring all over the globe as a DJ and started work on his next album.

In 2004 he released his second album Reves Mecaniques.