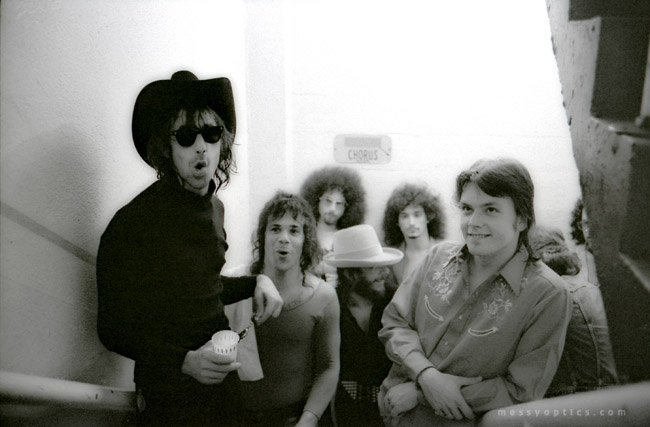 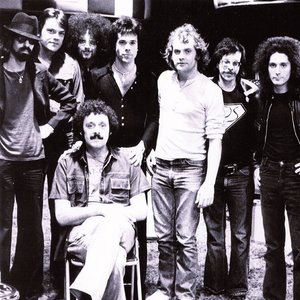 The band started as an acoustic blues trio in the mid 1960s with singer and guitarist J. Geils (born February 20, 1946; died April 10, 2017), bassist Danny Klein (Dr. Funk) and harpist Richard Salwitz (stage name Magic Dick). The band formed under the name Snoopy and the Sopwith Camels while Geils was attending Worcester Polytechnic Institute for a couple of semesters. In 1967 the band switched focus, starting to play electric guitar and bass and recruiting drummer Stephen Jo Bladd and fast-talking ex-disc jockey singer Peter Wolf, born Peter Blankenfeld, both from Boston. The following year Seth Justman joined as an organist, and the group signed to Atlantic Records in 1970.

The J. Geils Band first received FM radio airplay with the live single "First I Look at the Purse", then had several hit singles in the 1970s, the most successful of which was "Must Of Got Lost" (1974). Later in the 1970s, the band signed with EMI America Records.

The band had good success covering soul singles. Besides the well-known aforementioned "First I Look at the Purse" from The Contours, they covered the more obscure "I Do" from The Marvelows and "Ain't Nothing But a House Party" from The Showstoppers.

The group's commercial fortunes improved in the early 1980s, first with the humorous "Love Stinks", then with their great success with the Freeze Frame album which included "Centerfold" (#1 for six weeks on the Billboard Hot 100) and then the title cut (#4). Wolf left the group in 1983 for a solo career not long after, over disagreements about whether to continue to take the band in more of a popular direction, or continue with the purist tradition.

The band went on to record one more album of new material, You're Gettin' Even While I'm Gettin' Odd, after Wolf left. He was not replaced, and Seth Justman took over most of the vocal duties. The album produced only one single - "Concealed Weapons", a song about breasts - and was not a success. The band toured in support of the album, but never again recorded anything new. The group then disbanded in 1985 after contributing the title song to the 1985 horror film Fright Night.

The group was not reunited with Wolf until 1999, and subsequently broke up again when ticket sales proved extremely disappointing. Wolf continues to tour with his own backup band, and the rest of the Geils band makes occasional appearances. Since the semi-retirement of the band, Geils has been restoring sports cars in Massachusetts.

On 22 May 2006, the six original members had a surprise reunion, the first time they had all played together in over 20 years, at bassist Danny Klein's 60th birthday party at Scullers Jazz Club in Boston.

Since 2009 they are reunited once more.

The band disbanded in 2017 after the death of bandleader J. Geils.