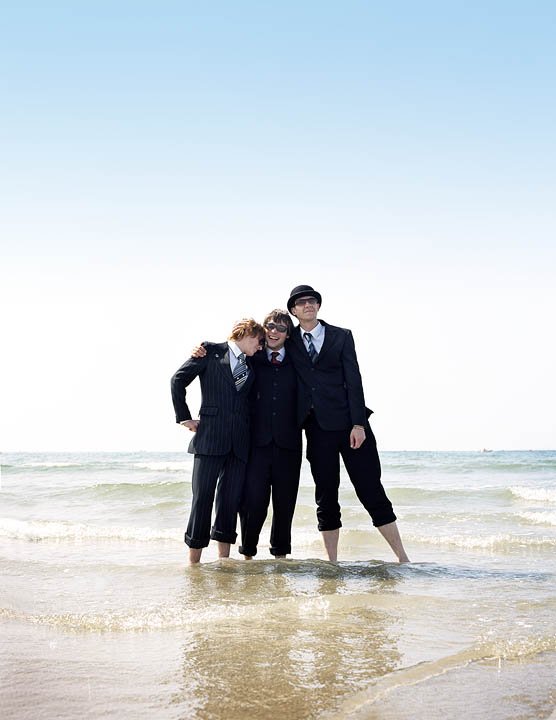 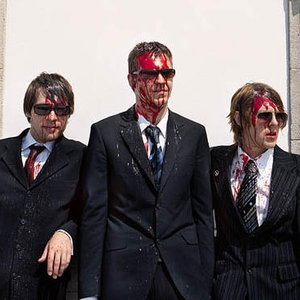 The Kleptones are fronted by Eric Kleptone, a DJ from the United Kingdom. They produce internet-only bastard pop albums. Typically, they mix rock/R&B instrumentals with hip-hop, rock and pop vocals, alongside cut-up spoken-word samples from a wide range of film, radio and television sources.

Their first release was the eclectic EP "Never Trust Originality" in 2002. This was followed in 2004 with "Yoshimi Battles The Hip-Hop Robots", which blended the Flaming Lips music with rap vocals from hip-hop stars past and present.

Later that year they released what has now become their landmark release, "A Night At The Hip-Hopera". Again using hip-hop vocals, this time The Kleptones mixed them with the music of Queen, and peppered the combination with a mix of film and spoken-word samples, critiquing the current state of the music industry. The album won the band legions of fans, a flurry of press activity and a legal threat from Disney, who, through Hollywood Records, own Queen's catalogue in the USA.

The band entered 2005 by releasing "From Detroit To J.A.", an album length mix created for James Hyman's "The Rinse" show on XFM in London. Soon after, it was announced they were to be awarded the 2005 Webby Award as "Artist of the Year", by The International Academy of Digital Arts and Sciences, who declared the band to have "achieved new critical heights" and to be "true internet renegades". The band travelled to New York to collect the award at a ceremony in June of that year.

In 2006 they announced a series of online EPs heralding the arrival of their next release - the double album "24 Hours", their most ambitious release yet, and one that has been universally hailed as "The first true mash-up concept album". The album was also voted joint best album of 2006 by fans at The Big Chill website. Next came the announcement that the band was to produce the soundtrack for the Creative-Commons-licensed feature film "A Swarm Of Angels".

Alongside their album releases, The Kleptones have built up a reputation as laptop DJs deluxe, twisting and warping their album content alongside a range of music stretching from house, hip-hop, electro, drum'n'bass, all kinds of rock and beyond, remixing, looping and reconstructing as they go. Their live show has evolved into a carnivalesque atomosphere encompassing live video mixing, on-stage dancers and performers and, of course, much laptop demolition. This live show was documented in the 2008 release, "Live'r Than You'll Ever Be", a recording of their show at Bestival in the Isle Of Wight (see the video here for evidence http://www.youtube.com/watch?v=d9HaWr77c5A).

The band released their long awaited sixth album - The double set "Uptime / Downtime" (which has already been hailed as their best to date) at the start of 2010 and have been touring Europe and the USA in support.

They have also just released "Shits & Giggles", a self-styled compilation of unreleased tracks, or in their own words, "pieces that didn't fit"

(This Kleptones is not to be confused with an American Kleptones, an experimental collage collective known best for the albums "Meet the Beatless" (2003) and "Sound Bites for Audiophiles" (2002)).