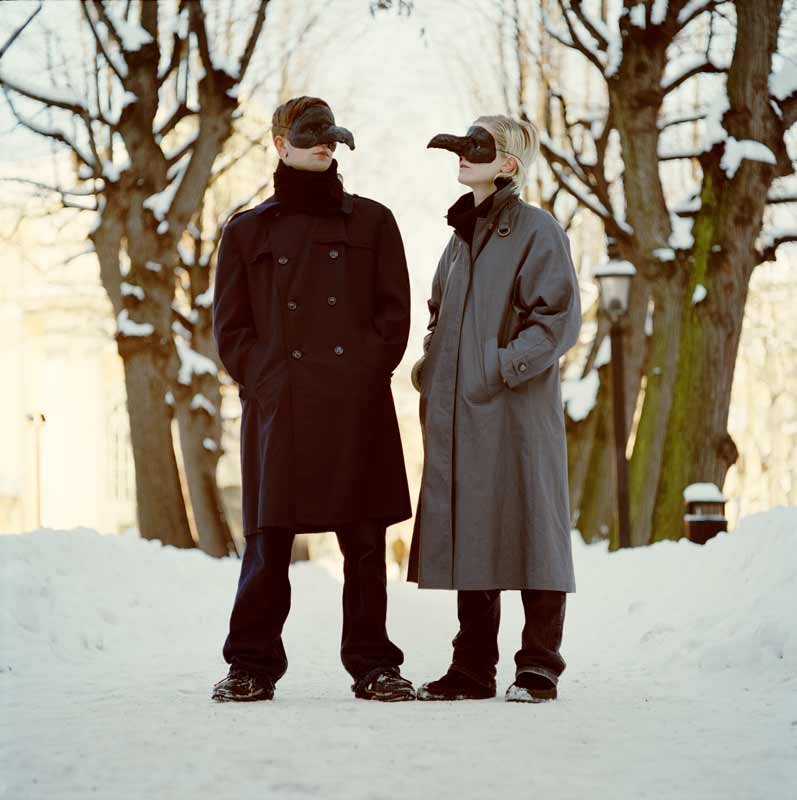 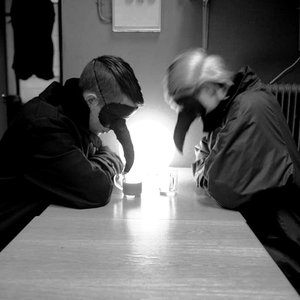 The Knife was an electronic duo from Gothenburg, Sweden formed in 1999. The band consisted of siblings Karin Dreijer (formerly of Honey is Cool, now Fever Ray) and Olof Dreijer (Oni Ayhun) - who also run their own record company, Rabid Records. Their lyrics were often political and left-leaning, involving strong critique of capitalism, colonialism and discrimination, and expressing support for causes including but not limited to queer rights, feminism and gender politics. They rarely made public appearances and in promotional photos often wore bird's beak masks reminiscent of the masks worn by medieval plague doctors.

The Knife won a Swedish Grammy award for best pop group of the year 2003, but they boycotted the ceremony by sending two representatives of another artist group dressed as gorillas with the number 50 written on their costumes, apparently as a protest against male dominance within the music industry. Their album Deep Cuts was also nominated for a Swedish Grammy as the best record of the year 2003, although that award went to The Cardigans. It was also in 2003 that the The Knife was featured as Artist of the Week at HitQuarters, which helped them gain greater attention in the worldwide music community.

The group became prominent in late 2005 when José González covered "Heartbeats" on his 2003 album, Veneer. The song was used by Sony in a commercial for Bravia television sets, and released as a single in early 2006. The group commented on this in a Dagens Nyheter article, claiming that Sony paid a large sum of money to use the song. In view of the group's left-wing views and non-commercial philosophy, they excused this transaction on the basis that the money was needed to establish their record company.

The Knife's song "We Share Our Mothers' Health" from their album Silent Shout was featured by the iTunes store as a free song of the week in late 2006. This song was also featured in the ABC series Ugly Betty, as well as an episode of CSI: NY.

In February 2005, the Knife performed their first ever live show at London's ICA, appearing with Rex the Dog and playing in front of a video created for the event by artist/film maker Andreas Nilsson. With this one live performance The Knife embarked on a major tour in 2006, and after selling out shows worldwide, a DVD of the tour was announced. The DVD was released in Sweden on November 8, 2006, and is titled Silent Shout: An Audio Visual Experience.

Silent Shout was named the best album of 2006 by Pitchfork Media.
At the Swedish Grammy awards in January 2007, The Knife won in all six categories they were nominated in: Composer of the Year, Music DVD of the Year, Producer of the Year, Pop Group of the Year, Album of the Year and Artist of the Year. Again, they did not attend the award ceremony.

In 2009 the duo wrote the opera Tomorrow, In a Year, celebrating 150 years since Darwin's Origin of Species was published.

In April 2013 they released the album Shaking The Habitual.

In 2014 Karin Dreijer revealed in a interview that the Knife were calling it quits for good. "When we finish the tour now in November we will close down, it’s our last tour," they said. "We don’t have any obligations to continue, it should only and always be for fun."