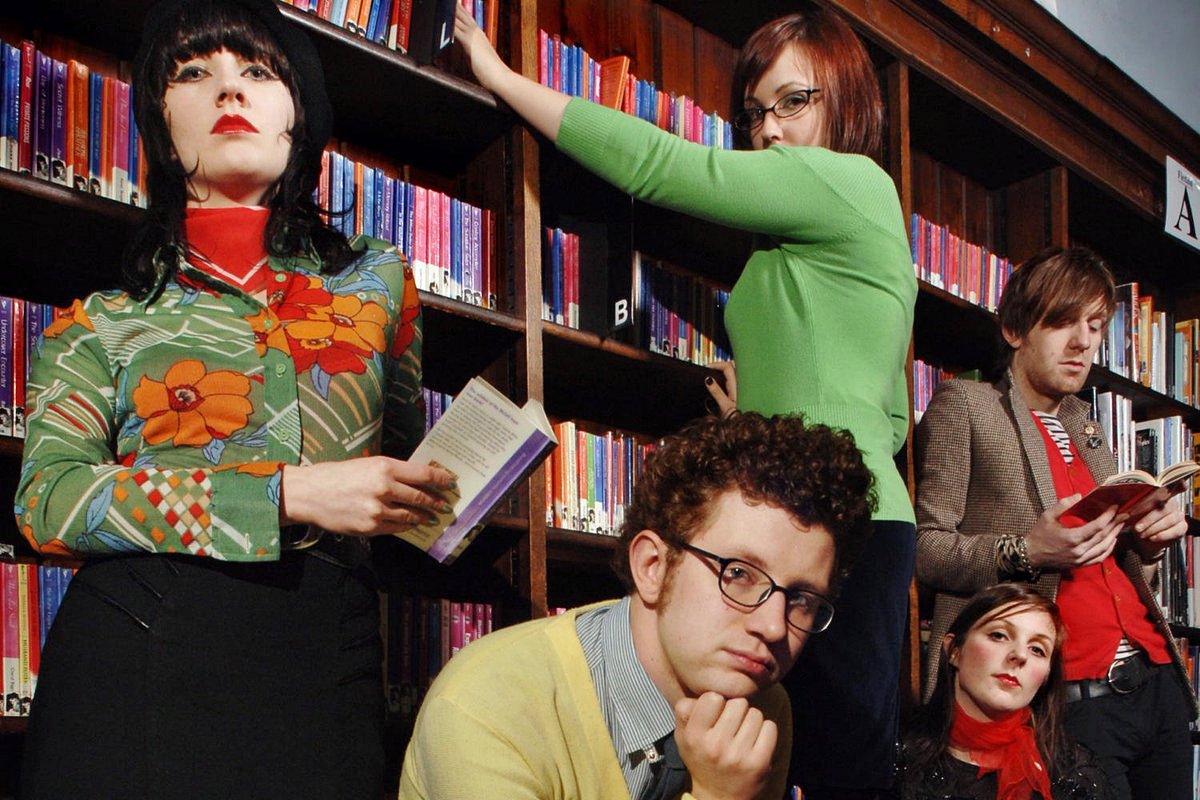 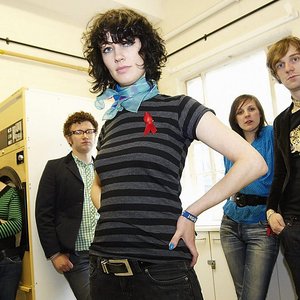 The Long Blondes were a 5-piece art-rock band who formed in Sheffield, England in 2004. The band released their debut album "Someone To Drive You Home" on Rough Trade Records in 2006 after a string of critically-acclaimed singles. The band consisted of Kate Jackson (vocals), Dorian Cox (guitar, backing vocals), Emma Chaplin (guitar, keyboards, backing vocals), Reenie Hollis (bass, backing vocals) and Mark "Screech Louder" Turvey (drums). Male guitarist Cox wrote most of the band's female-oriented lyrics. The band broke up on friendly terms in 2008 (announced on MySpace 19/10/08) due to Cox having a stroke in June which left him partially paralysed and unlikely to play guitar again.

The band's following grew fairly rapidly, with many fans sporting the "glamorous punk" image popularised by frontwoman Kate Jackson. Kate was featured in The Guardian's style section and the NME Cool Lists 2005 and 2006. When questioned about her place in the first list by The Guardian, Jackson remarked: "Probably because they didn't have enough girls. It was so overrun with boring boys, they needed someone to bring a touch of glamour."

The band originally formed through a series of chance encounters: when Kate, guitarist and songwriter Dorian, bassist Reenie, drummer Screech and guitarist / keyboardist Emma bumped into each other at public library counters, charity shop sale rails and the dancefloors of DIY club nights. The following quote appeared on their website and for many served as an introduction to the Long Blondes; "Our shared influences include the Mael Brothers, the Marx Brothers and the Bewlay Brothers. We do not listen to The Beatles, The Rolling Stones, Jimi Hendrix, The Doors or Bob Dylan. We chose an instrument each and learnt to play it. Approximately three months after we formed, we played a victorious 25 minute set at Leeds Hi-Fi club. A success! We inherit the aesthetics of early Roxy Music. We have a lot of influences, sometimes we sound a bit like them, sometimes we sound a lot like them. Sometimes we sound nothing like them at all."

Their second album "Couples" (the quotations are apart of the title, an allusion to the David Bowie album "Heroes") was released in April 2008 featuring the singles "Century" and "Guilt". An album of early "Singles" was rush-released by former label Angular Record Corporation.