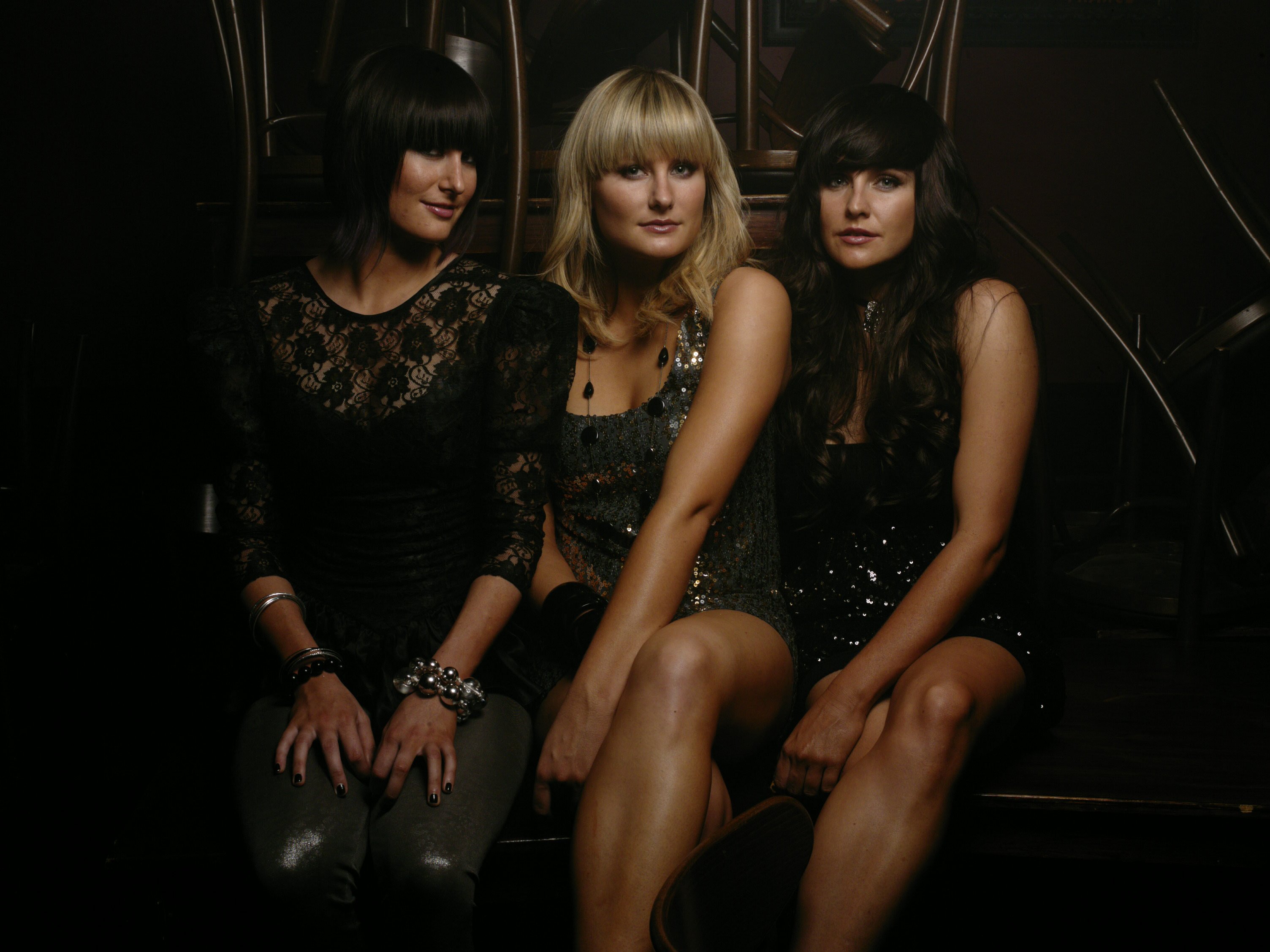 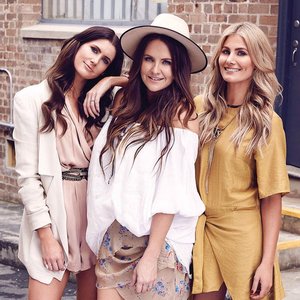 Since joining forces five years ago, Brooke, Samantha and Mollie McClymont have taken the country music world by storm. With their exquisite three-part harmonies, soaring vocals and stunning onstage presence, it’s not surprising that The McClymonts have become the hottest recording and touring act in Australian country music and are fast becoming the talk of the industry in the U.S.
2010 was an amazing year for The McClymonts. In January, they released their sophomore album, Wrapped Up Good, in Australia, achieved Gold sales in ten weeks, and entered the ARIA (Australian Recording Industry Association) Top 100 Chart at #2 behind Susan Boyle, and #1 on the ARIA Country Chart. The first four singles from the album, “Kick It Up,” “Wrapped Up Good,” “Hearts on Fire,” and “A Women Is A Flame,” all went to #1 on the Country Music Charts in Australia.
In the wake of the release of Wrapped Up Good, their debut album, Chaos and Bright Lights, also went Gold. Additionally in 2010, The McClymonts became the first group to ever host the nationally televised Country Music Awards of Australia.

During 2010, the Wrapped Up Good tour sold out all over Australia. As a live act, the group delivers a world-class show that not only has Australian audiences completely captivated, but also catches the attention of many American country music industry leaders and a number of star performers. The McClymonts have been gathering thousands of new fans every week while touring the U.S. and the buzz on this group is getting red hot.

The McClymonts spent four months of 2010 touring the U.S., with the highlight of being invited as special guests of country music sensation, Jason Aldean, on his fall tour. In addition, they had the opportunity to work with Lady Antebellum and even share the stage with Ozzy Osbourne at the world’s biggest bike festival in Sturgis, South Dakota. The shows in the U.S. last year saw The McClymonts performing in front of audiences from 5,000 - 25,000 people, garnering them many new fans while also introducing their first album, Chaos and Bright Lights, to the U.S.
As 2010 ended, The McClymonts were awarded the ARIA for Best Country Album of the Year. A few weeks after this honor, they took home the trophy for Group of the Year at the Country Music Awards of Australia for the fourth time in the past five years.
The Wrapped Up Good album was the highest selling country music album by an Australian artist on the ARIA Charts for 2010.

2011 began with a five-month tour around Australia where the sisters sold out show after show. In June, The McClymonts relocated to Nashville, Tennessee, to prepare for the August 23 U.S. release of their Wrapped Up Good album on BSM Music and distributed by Fontana Distribution. Their first single, the title song “Wrapped Up Good,” was released on June 16 and is receiving widespread airplay and video exposure. The Wrapped Up Good album was produced by Nathan Chapman (Taylor Swift) and Adam Anders (Fox TV’s Glee, Nick Lachey, Backstreet Boys, Shania Twain, Sinead O’Connor, Hannah Montana, and Nick Jonas.)
These girls are definitely driven, which may have something to do with a determination to prove skeptics wrong. Brooke McClymont said, “We were told by a big name record executive in the U.S. that we wouldn’t make it because we are girls and girls don’t sell records anymore.” Sam McClymont added, “That just sparked a fire in us and made us even hungrier. We thought, we don’t listen to our own parents so why should we listen to someone we don’t even know. Then, we started our own label, booked a six-month tour, and bottom line is, we will not listen to negative words. Our message to all women is, live your life, create your dreams, and never let someone’s negativity hold you back. Do what you have to do with passion and believe wholeheartedly in yourself!” Mollie McClymont also commented, “We are full of an intense desire to succeed and we have the work ethic and energy to do the job.”

The McClymonts supported the release of Wrapped Up Good with a six-month summer and fall tour in the U.S. The girls played venues all over North America, appeared on numerous television shows and have been critically-acclaimed in the country music media throughout the U.S. During their North American tour, they shared the stage with Josh Kelley, Colt Ford, Darius Rucker, Steel Magnolia, Jason Aldean, Lady Antebellum, Carrie Underwood, Luke Bryan and Kellie Pickler. They also headlined many of their own shows.

2012 promises to be a big year for The McClymonts with extensive touring and an album release in both Australia and the U.S. The girls will kick off the New Year with a huge concert in Tamworth, Australia, on January 25. After touring the States for six months in 2011, they are looking forward to going back to Australia to perform for a home crowd and being a part of the Tamworth Country Music Festival. Brooke said “This is the first time we have done our own show at TREC and we are all so excited to be starting 2012 off with everyone at home and with such a big show at TREC. It will also be the first show of our new Hits & Previews tour that will be visiting towns around Australia in March and April.”

In the U.S., The McClymonts will continue promoting Wrapped Up Good through the summer of 2012. In February, they will release a new song, “I Could Be A Cowboy.” As Mollie shared, “It is another single produced by Nathan Chapman from the Wrapped Up Good album. We will be performing it during the CRS Radio Convention in Nashville.” Later in the year will also see the release of their third album, Two Worlds Collide, stateside.