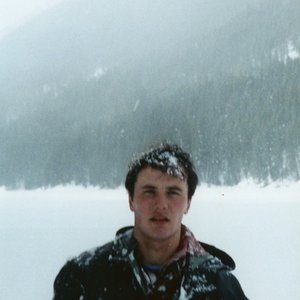 The Microphones is the name of a project that Anacortes, WA's Phil Elverum has headed since the late 90s. Its sound is best described as lo-fi "fuzz folk," ranging from drum-crashing, bass-thrashing sonic freakouts, strummy classical guitar love songs, angelic vocal choirs, and almost-whispered vocals over harmoniums and bell kits. In 2004, Elverum abandoned the "Microphones" name to begin recording as Mount Eerie. But in December 2007, he began selling a new 7" single by the Microphones ("Don't Smoke" / "Get Off the Internet") on his website and at concerts, suggesting that the project is not yet over. In 2020, Elverum returned to the Microphones name once more to release the project's 14th album Microphones in 2020. Microphones members/collaborators include Karl Blau, Dennis Driscoll, Kyle Field aka Little Wings, Mirah, Khaela Maricich aka The Blow, Adrian Orange aka Thanksgiving, Adam Forkner and K Records' founder, Calvin Johnson of Beat Happening and the Halo Benders.