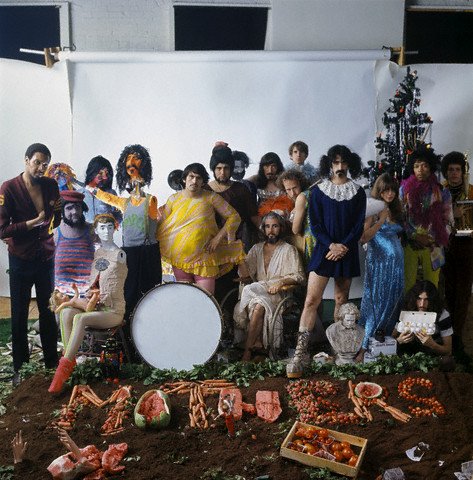 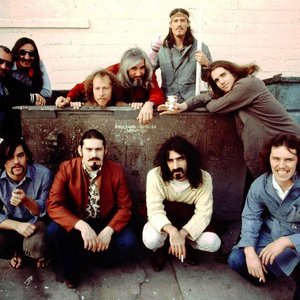 The Mothers of Invention

The Mothers of Invention were an American band active from 1966 to 1969. Throughout, their output was primarily directed by composer and guitarist, Frank Zappa (1940–1993). Their albums combined a broad span of genres and utilised diverse instrumentation. Their lyrics were generally humorous, with frequent style-parodies of contemporary Pop music (with doo-wop love ballads endlessly lampooned), bountiful surreal imagery, cartoonish vocals and oblique, satirical protest songs. Their diversity and insincerity makes their classification difficult, but Zappa's increasingly ambitious and avant-garde compositions towards the end of the 1960s share many features of Free Jazz and 20th Century Classical music. The group's output, particularly Absolutely Free, also proved enormously influential on the then-nascent genre of progressive rock.

Zappa disbanded the original Mothers of Invention line-up in 1970 to create music under his own name, but shortly reformed an entirely new band sometimes known as "The Mothers". This new incarnation had a strong vaudeville style and were much bawdier than before, with new vocalists Flo & Eddie, previously of the Turtles, taking the lead. After Zappa was pushed offstage in the Rainbow Theatre in 1971, he broke up this second band and concentrated on a jazzier style with a short-lived big band called the Grand Wazoo, but returned with a third lineup of the Mothers in 1973. This reformed group retained musical similarities to the previous group and the chamber music of the late '60s Mothers, but with a tighter, funkier sound; George Duke's soulful vocals being perhaps the most memorable addition. Whilst members of the new Mothers frequently appeared on albums credited solely to Zappa, three albums, Overnite Sensation, Roxy & Elsewhere and One Size Fits All display the name Frank Zappa and the Mothers of Invention.