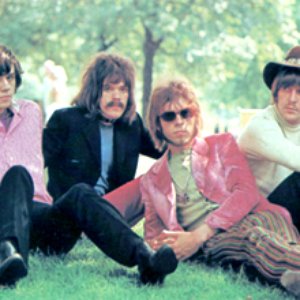 The Move was a British rock band of the late 1960s and the early 1970s who, for most of their career, were led by guitarist, singer and songwriter Roy Wood. He wrote all the group's UK singles and, from 1968, also sang lead vocals on many songs (initially, the band had four main vocalists: Wood, Carl Wayne, Trevor Burton and Chris "Ace" Kefford who shared the lead vocal role).

The Move evolved from several mid-1960s Birmingham-based groups, including Carl Wayne & The Vikings, The Nightriders & The Mayfair Set. The group's name seems to refer to the move various members of these bands made to form the group. Beside Roy Wood, the original members of the Move were drummer Bev Bevan, bassist Chris "Ace" Kefford, vocalist Carl Wayne & guitarist Trevor Burton.

Their first single, 'Night of Fear' was released in 1966 and was the first in a line of memorable hits penned chiefly by Roy Wood.

'I Can Hear the Grass Grow', 'Blackberry Way' & Flowers in the Rain (the latter being the first record played on BBC Radio 1), are The Move's better known work not forgetting 1971's 'Tonight'. The group became more experimental and innovative as time went on especially on the albums 'Shazam' and 'Message from the Country'.

Several changes left the final line-up in 1971 as Roy Wood, Jeff Lynne and Bev Bevan, evolving into the first incarnation of Electric Light Orchestra which Wood left soon after to form Wizzard.