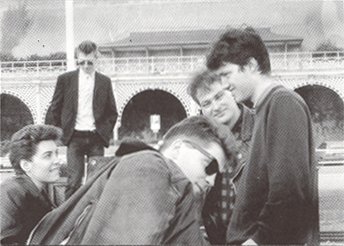 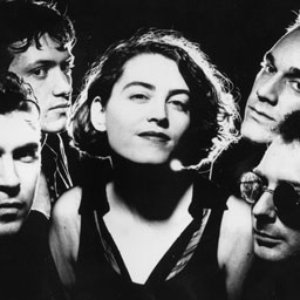 The Popguns were formed in 1986 in Brighton with a line up of Wendy Morgan (vocals), Simon Pickles (rhythm guitar), Greg Dixon (lead guitar), Pat Walkington (bass) and a drum machine. After a couple of local gigs they were joined by Shaun Charman (ex-The Wedding Present on drums).

And now 20 years down the road they have popped up again with a new album Pop Fiction released in December 2014 on Matinee Recordings.

Back in 88 after a number of local gigs and a flexi-disc release, the band managed to catch the attention of Manchester label Medium Cool and released Landslide, which made it into John Peel's Festive 50 at an admirable 46.

Medium Cool managed to go under on the first day of the band's recording session for their first album. Fortunately Midnight Music were there to pick up the slack and presided over a string of singles and two albums, Eugenie and Snog before going the same way as Medium Cool. During this period, two John Peel sessions confirmed the band status as not complete rubbish.

Charman left after 3 years to be followed by a Tap-like procession of drummers, notably Bill Cox who recorded on Love Junky and A Plus de Cent, both released on 3rd Stone.