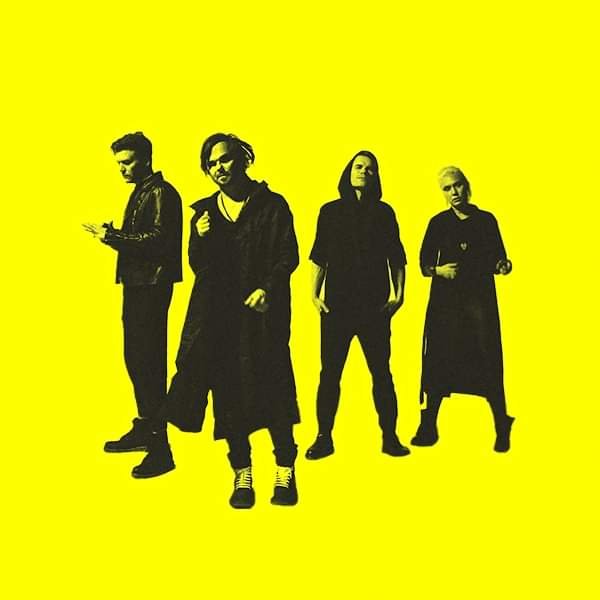 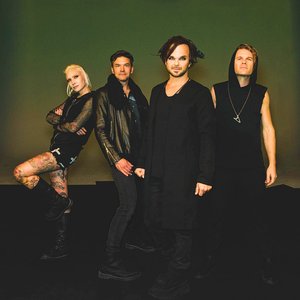 The Rasmus is a rock band formed in 1994 in Helsinki, Uusimaa, Finland. Consisting of Lauri Ylönen (lead singer/songwriter), Eero Heinonen (bass), Aki Hakala (drums) and Emppu Suhonen (guitar). Former guitarist Pauli Rantasalmi left the band in January 2022 to focus on his own path. The band was formed at the end of the band members' schooling and were initially known as Rasmus. They recorded their first single, 1st, released independently through Teja Kotilainen Records in late 1995. They signed with Warner Music Finland in 1996 and released their first album, Peep, that same year. The album went gold in Finland.
The band won the Finnish Grammy Award EMMA for “Best New Artist” in 1996. Playboys, the band's second studio album, and its single Blue, released in 1997, both went gold in Finland. Hellofatester was released in 1998, spawning singles Liquid and Swimming With The Kids. The video for Liquid received regular airplay on Nordic MTV.
Rasmus became The Rasmus in 2000 to avoid confusion with the similarly named Swedish electronica artist, known simply as Rasmus. Into was released in 2001 and went double platinum in Finland debuting at #1. The first single F-F-F-Falling was #1 in Finland during three months in early 2001. The second single Chill reached the #2 place in Finland. The Rasmus toured Scandinavia and Europe along with HIM and Roxette that year to promote the album. The band finally gained international fame with their 2003 album Dead Letters which went gold and platinum in several countries, accompanied with the single In the Shadows which reached #1 in a number of countries. iTunes Music Store offered the track as one of its free singles, a positive public response prompted many listeners to buy the rest of the album. Guilty was released in 2004 and was the last single of the album. The three other singles; In My Life, First Day of My Life and Funeral Song also received mostly favorable reviews and response. During the 2004 Reading Festival in England, the band was pelted with plastic bottles filled with urine and mud (an act reserved for the worst band on the bill each year) until they eventually walked offstage when immediate medical attention was required for Eero’s eye.
Hide from the Sun, the band's sixth studio album was released in September 2005. It received Platinum status in Finland and sold more than 15,000 copies in the UK alone. All in all, the album sold 400,000 copies worldwide. The album's three singles were No Fear, Sail Away and Shot. The Rasmus began recording their seventh studio album Black Roses in 2006, recording began and in Helsinki and continued in Nashville, Tennessee. Smaller parts were recorded in Stockholm, Singapore, Berlin and Greece. Livin' In A World Without You and Justify are the two singles released from the album, videos for both songs have received airplay around the world.
A compilation album celebrating The Rasmus' 15th Anniversary, titled Best of 2001-2009 was released Novermber 28, 2009. It includes songs released from 2001 to 2009, as indicated in the album title, and features a previously unreleased song October & April, with the vocals of Anette Olzon from the band Nightwish. This song was recorded during the same time as the other songs from album Black Roses, but wasn't included as it didn't follow the album concept.
Self-titled eighth album The Rasmus was released in April 2012. The album's lead single I'm a Mess was the official song for the 2012 European Athletics Championships. The album won Best album cover and Best music video on EMMA awards.
In the fall of 2016 the band started recording their ninth album Dark Matters. The lead single Paradise was released in March 2017 and the album itself was released in October 2017.
In 2021 the band released two singles for upcoming album. The single Bones was released in May and the single Venomous Moon was released in September featuring finnish band Apocalyptica.
In January 2022 the band announced their participation in Finnish national selection for the Eurovision Song Contest 2022 with the song Jezebel. This was band's first single with their new guitarist Emppu.