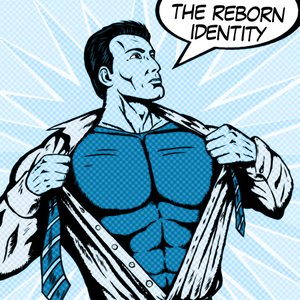 The Reborn Identity is UK mashup and remix producer Gavin Burrell, who started slicing together tracks in late 2007. Inspired to start creating mashups by a love of 2ManyDJs and a live set by The Eclectic Method, a simple hobby quickly became an all-consuming passion.

Over the past few years he's picked up club and radio airplay, as well as a growing online listener base, particularly in Greece where the Radiohead/Morcheeba mashup "Spirit World" has been very well received. The track "G.I. Jolene" was picked out in the March 2008 Bootie Top 10, and three subsequent Reborn Identity mashups have featured in the Bootie countdowns: "Friday Night in A&E", "Lights Are Gonna Find Me", "This Charming Video Game" and "Rumours Have It". "Shut Your Mouth and Let Me Go", "Ladykillers", "Rebel Stereo", "This Charming Video Game" and "Rumours Have It" have all been honoured in John Sakamoto's Anti-Hit List.

In late 2008 The Reborn Identity joined with fellow mashup producers Wax Audio, Colatron and Alan Black to produce the David Lynch mashup album, Mashed in Plastic (www.mashedinplastic.co.uk), which was released in November of that year. As well as contributing three audio mashups to the project, Gavin also produced videos for all the tracks on the album, which culminated in a DVD release in November 2009. As well as continuing to produce new mashups and videos for his own tracks, Gavin also lends his video skills to other mashup producers and has created clips for notable contemporaries including Wax Audio, Colatron, LeeDM101 and The Kleptones.

For his latest tracks take a look at www.rebornidentity.com. Videos for some of the Reborn Identity mashups can be viewed at www.youtube.com/gavdget. You can become a fan of The Reborn Identity on Facebook now too at http://www.facebook.com/pages/The-Reborn-Identity/29449169877.