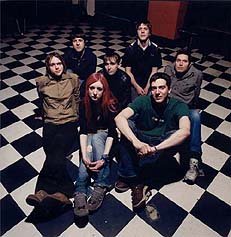 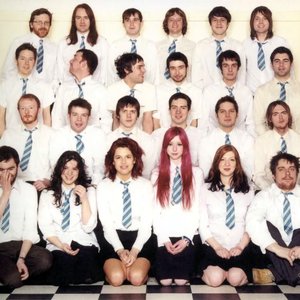 The Reindeer Section was a Scottish indie rock supergroup formed in Glasgow in 2001 by Gary Lightbody of Snow Patrol, which released albums and gigged in 2001 and 2002. The Reindeer Section grouping was somewhat ad hoc, and so it is uncertain if more will be heard from them. While currently considered defunct, in a 2006 interview with "Times Online" Gary Lightbody did not rule out making a future album

The Reindeer Section arose - according to Lightbody - out of a chance get-together of musicians at a Lou Barlow gig in Glasgow in 2001, at which Lightbody drunkenly laid down the challenge to others to "make an album together", to which everyone said "yeah yeah". Lightbody "went home and next day wrote the album" and later convinced Johnny Davies of Bright Star Recordings to fund a recording session and release the proposed album. The group met over three days of rehearsal and ten days of recording to produce the first album. The album, Y'All Get Scared Now, Ya Hear! was released with a mini tour, the first venue of which was Belfast's The Limelight venue.

A second album, Son of evil reindeer was released ten months after the critical acclaim of the first, with a slightly different line-up. The single, You Are My Joy appeared on US show, Grey's Anatomy, and on fourth season of US TV series Queer as Folk. The song Cartwheels appeared on "The Second Chance", an episode of The O.C.. The band's most recent gig was on 14 December 2002 at the Queen Margaret Union in Glasgow. The project has never officially split up, but from that time it has been considered in a hiatus.