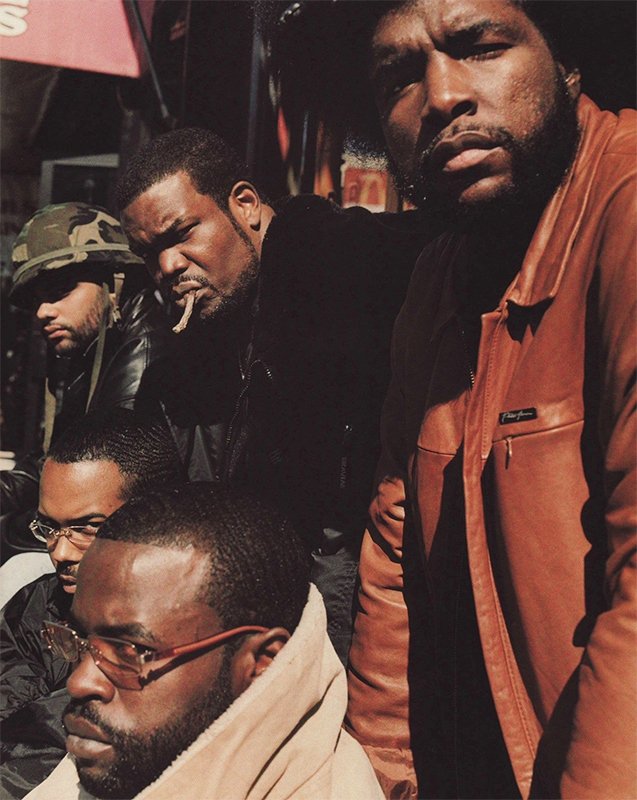 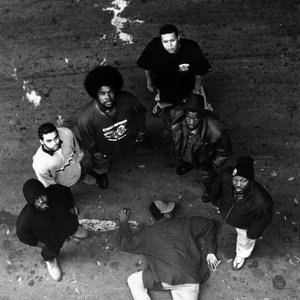 The Roots, also known as The Legendary Roots Crew, The Square Roots and The Foundation, are an influential, Grammy winning hip hop group based out of Philadelphia, Pennsylvania, famed for a heavily jazzy sound and live instrumentation. Inspired by the "hip-hop band" concept pioneered by Stetsasonic, the Roots themselves have garnered critical acclaim and influenced later hip-hop and R&B acts.

The Roots' original lineup included Black Thought (MC vocals) and Ahmir "?uestlove" Thompson (drums), who were classmates at the Philadelphia High School for Creative Performing Arts. As they began to play at school and on the streets, they added another MC named Malik B., bassist Leonard Hubbardand keyboardist Scott Storch. Another MC, Dice Raw, frequently made album appearances with the group from 1995 to 1999 before leaving to record a solo album. Scott Storch also left to pursue career as a producer following the Do You Want More?!!!??! album, He produced songs such as Still D.R.E. by Dr Dre. The Roots filled his void with another keyboardist, Kamal who is still a member. A beatboxer named Rahzel also joined the group and contributed from 1995-1999. Alongside Rahzel was vocal turntablist, Scratch who greatly contributed to The Roots' sound, most notably in live concerts. He left the group in 2003. Malik B. left the group in 2000. A guitarist, Ben Kenney, enjoyed a short stint with the group and contributed to their Phrenology album, but left to join Incubus. A percussionist, Knuckles, was added in 2002 and guitarist, Kirk Douglas (a.k.a. "Captain Kirk") repleaced Kenney. A vocalist, Martin Luther toured with The Roots in 2003 and 2004 and contributed to their album The Tipping Point. The current members of The Roots are Black Thought (MC vocals), ?uestlove (drums), Hub (bass), Kamal (keyboard), Knuckles (percussion), and Captain Kirk (guitar).

The Roots' debut album, Organix released in 1993, was actually a live recording from a concert in Germany that the Roots sold at their shows. The album earned enough industry buzz to earn the Roots offers from major record labels, and they signed with DGC records, which at the time was better known for its grunge music releases.

The Roots' first album for DGC, Do You Want More?!!!??! (recorded live without the use of samples), was a moderate hit on alternative radio. Their 1996 release Illadelph Halflife was the group's first album to crack the Top 40 on Billboard's album chart, spurred in part by MTV's airplay of the video for "What They Do", a parody of rap video clichés such as the "beatdown shot," and "Clones" which was their first to single to reach the top five on the rap charts.

In 1999, The Roots released Things Fall Apart (named after a novel by Chinua Achebe), their breakthrough album. The track "You Got Me", duet with R'n'B singer Erykah Badu, earned them a Grammy award for Best Rap Performance By A Duo Or Group.

In 2000, Dice Raw left the group to record his solo debut album, Reclaiming the Dead.

The Roots' reputation as a hip-hop live band made Jay-Z call on them for his MTV Unplugged album in 2002. The album featured good recreations of many of his great songs, played by the band with a little help from female vocalist Jaguar Wright.

2002's Phrenology introduced a more mainstream sound for the Roots, earning a Grammy nomination for Best Rap Album. The album's sales were boosted by radio and TV airplay for two duets on the album, "Break You Off" (featuring Musiq Soulchild) and "The Seed 2.0" (featuring Cody ChestnuTT). The video for "The Seed 2.0" earned a nomination for the MTV2 Award at the 2003 MTV Video Music Awards. "The Seed" was also featured on the soundtrack to the Mandy Moore movie Chasing Liberty. Phrenology was certified gold (signifying U.S. sales of at least 500,000 units) in June 2003.

The Roots' 2004 release, The Tipping Point, took its name from a 2000 book by Malcolm Gladwell. The album earned two more Grammy nominations: one for Best Urban/Alternative Performance for the track "Star", and another for Best Rap Performance By A Duo Or Group for the track "Don't Say Nuthin'". The album was an immediate hit, debuting at #4 on the Billboard album chart and selling over 100,000 copies in its first week of release.

On November 15, 2005 The Roots released two compilation albums, Home Grown! The Beginner's Guide To Understanding The Roots, Volumes 1 & 2. These two separately sold discs are a compilation of past hits, live performances, and rare remixes compiled by ?uestlove himself. They also feature 70 pages of liner notes written by ?uestlove. These two albums marked the Roots' last releases on Geffen Records.

The Roots next album 'Rising Down' was released on April 29th 2008. Features tracks with Common, Mos Def, Talib Kweli, Saigon, and other greats.

The Make Me Songfacts reports that The Roots' eleventh album, undun, is their first concept album. It tells the story of a man called Redford Stephens who died in 1999 at the age of 25. We hear Redford retelling his life post-mortem and attempting to deconstruct what led to his undoing.

The Roots are also the house band on Late Night with Jimmy Fallon airing first on March 2nd, 2009.