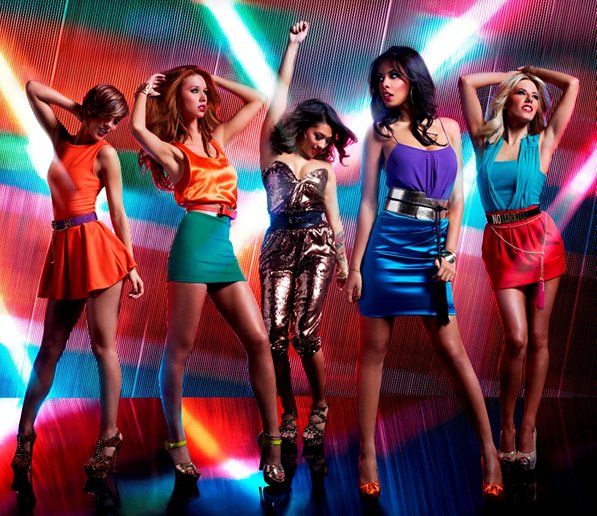 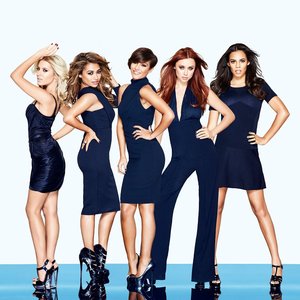 The Saturdays are a pop group formed in the United Kingdom in 2007, comprising Una Healy, Mollie King, Frankie Sandford, Vanessa White and Rochelle Wiseman. Songfacts reports that they decided on calling themselves 'The Saturdays' as it sounded fun and different to the other girl bands. They didn't want the name to reference their gender, like Girls Aloud, The Spice Girls or Sugababes.

The Saturdays made their recording debut in 2007 under the record label Fascination Records, a sub-division of Polydor Records. Their debut album, Chasing Lights, produced five UK Top 25 singles. The band embarked on their first headlining UK tour, called 'The Work Tour', in June 2009.

Their first single, titled If This Is Love was released on 28th July 2008 and entered the UK chart at #8 where it peaked. It reached #33 on the Eurochart Hot 100 singles. The single's sold around 90,000 copies to date. The second single, Up, was released on 13 October 2008. It debuted on the UK singles chart at #5, where it peaked, #11 on the Irish singles chart and #15 on the Eurochart Hot 100 singles. The single was certified as Silver and sold over 285,000 copies to date. The third single was released on January 4th 2009 and was called Issues. The chorus' lyrics had to be changed as the word "slap" sounded too close to the word "stab", and the band didn't want to condone violence. It was later changed to "leave". The single entered the UK chart at #84 and peaked at #4. It managed to hit #14 in Ireland and #21 in Europe. Their fourth single, Just Can't Get Enough, was the official Comic Relief single in 2009. It was a cover of the Depeche Mode song with the same name. It entered and peaked in the chart at #2, giving The Saturdays their highest charted position to date, and their 4th consecutive top 10 hit in the UK. Their 5th single was called Work. It was released on June 29th 2009 and peaked at #22 on the UK singles chart. Chasing Lights was released on October 27th 2008 and re-released on March 16th 2009 including the Comic Relief single. It entered the UK album chart at #11, peaking at #9 and was certified Platinum, selling over 300,000 copies. It also reached #34 in Ireland and #46 in Europe.