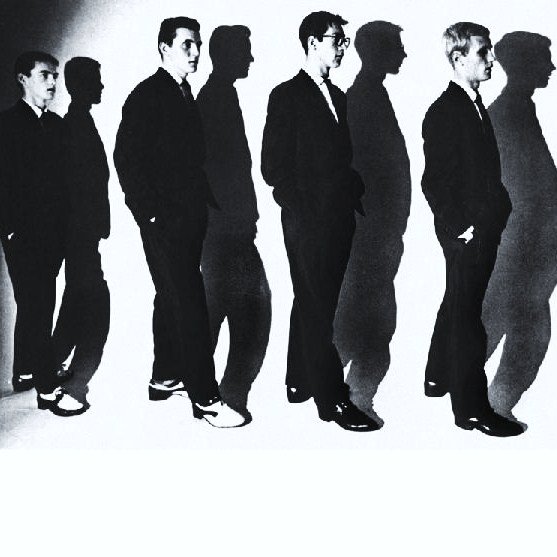 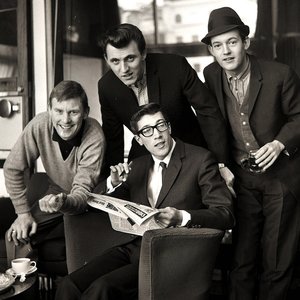 There is more than one band that goes by the name 'The Shadows'. Two are mentioned below beginning with the more popular, 'The Shadows' a British pop-rock group followed by 'The Shadows' a blues / blues rock band out of the state of Georgia in the United States.

I. The Shadows is a British pop-rock group formed in Cheshunt, Hertfordshire, in 1958. Since then they have had a total of 69 UK hit-charting singles (35 as The Shadows and 34 as Cliff Richard & the Shadows) over the period from 1960 to the 2000s. The group, who were in the forefront of the UK's beat-group boom in the early 1960s, were the first backing band to emerge as stars in their own right. As pioneers of the four-member rock-group format, the band consisted of lead guitar, rhythm guitar, bass guitar and drums. While over their career there have been numerous changes in the line up, the core members have been Hank Marvin (lead guitar) and Bruce Welch (rhythm guitar). The group initially disbanded in 1990 but since 2004 have sporadically reformed for concerts and tours. The other two founder members have died, Tony Meehan (drums) in 2005 and Jet Harris (bass guitar) in 2011.

The Shadows initially provided the musical backing for Cliff Richard in the very popular "Cliff Richard Show".
They became stars in their own right when their recording "Apache" hit the No. 1 spot of the British chart in 1960 and remained there for several weeks. This was followed by a string of No. 1 hits including "KonTiki", "Wonderful Land", "Foot Tapper" and "Dance On".

In 1962 Jet Harris and Tony Meehan left to strike out on their own. They were replaced by drummer Brian Bennett and bass guitarist Brian Locking. Harris & Meehan managed to hit the No. 1 spot with "Diamonds". Success was limited and they faded away soon after.

The impact of the Shadows on the British pop scene of the sixties can only be described as historic.
The Shadows' trademark was the unique sound of Hank Marvin's lead guitar. It was Hank who introduced the use of Echo or Reverb. He also frequently used the tremolo arm to produce an effect similar to steel guitar sounds. Hank used a combination of Muting and Reverb in "Atlantis" and "Wonderful Land" to produce a "unique sound" which other musicians imitated.

A characteristic feature of Shadows' music was the brilliant rhythm guitar sounds of Bruce Welch in the background and bass guitar riffs by Jet Harris. A little known fact was that while all three used top of the range Fender electric guitars on stage, an accoustic guitar was used by Bruce Welch in most of their recordings.
During the sixties,the Shadows spawned a whole series of pop bands with identical make up, consisting of three guitarists and one drummer.

With the passage of time, their brand of music gradually faded in popularity. The Shadows disbanded in 1968 leaving behind a legacy all guitar music lovers will forever appreciate. Hank and Bruce continued playing by co-opting other musicians and there were occasional reunions with Jet and Tony.

In Nov. 1973, John Rostill, (who had replaced Brian Locking), was accidentally electrocuted by his own electric guitar. Founder member Tony Meehan, died from head injuries due to a fall in Nov. 2005 at age 62.
Jet Harris passed on in 2011 at age 71 after a short illness. Harris had been given a special award by the US Fender Guitar Co. in 2010, for his role in popularising the bass guitar.

II-A. A band out of Georgia who recorded the album titled 'It Ain't Easy If It's Not Sleazy'.

As you'll hear on this effort, The Shadows have taken blues, rock, country, rock-a-billy, and a number of other musical "spices" and come up with their own boiling gumbo. In the tradition of groups like Little Feat, Los Lobos and The Band, they have developed a unique sound while still being respectful of their influences. It was my sincere pleasure to work with such a fine group. All of us involved hope you will dig what you hear - Turn It Up! (Bryan Cole)

II-B Known best for their longtime residence at Blind Willie's, a popular blues club in Atlanta, the Shadows released several albums during the '90s before the untimely death of singer/guitarist Mike Lorenz. Shadows bassist Roger Gregory opened Blind Willie's in 1986 with Eric King. The club, which is located in the Virginia-Highland neighborhood of Atlanta, hosted many local blues artists such as Billy Wright, Grady "Fats" Jackson, Sandra Hall, and Chicago Bob.

In 1988, Chicago Bob, who was also a Blind Willie's resident, recorded an album called Just Your Fool that featured the Shadows as his backing band. A few years later, in 1992, the Shadows – comprised of Gregory, Lorenz, harp/saxman Albey Scholl, and drummer Tom Chavers – released an album of their own, Party Tuff or Stay Home!, that Ichiban released.

The song " Atlantis " was used as a Theme Tune by the Flemish - Dutch Offshore Radio Station : Radio Atlantis " between 1973 and 1974. And the English Service in 1974 did use the same song but from The Spotnicks. A short info about Radio Atlantis (English) http://en.wikipedia.org/wiki/Radio_Atlantis