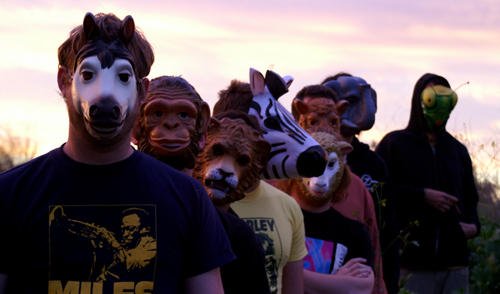 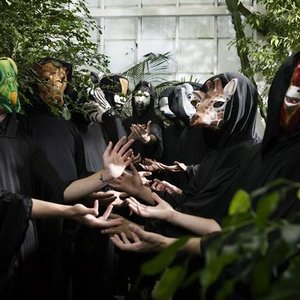 The Sound of Animals Fighting

@The-Sound-of-Animals-Fighting
experimental Progressive rock post-hardcore Progressive indie
The Sound of Animals Fighting are an experimental/prog rock band from Los Angeles, California that incorporated many members, including members from bands such as Finch, Rx Bandits, Circa Survive and Chiodos. The group was brought together by Rich Balling.

All parts of the album Tiger and the Duke were recorded individually and each member was only able to hear the part they contributed to the album. The only member who heard the whole album during its recording process was Balling.
Top Tracks
1) Intro
2) Skullflower
3) Horses in the Sky
4) Act I: Chasing Suns
5) My Horse Must Lose
6) The Heretic
7) Act II: All Is Ash Or The Light Shining Through It
8) Un'Aria
9) Overture
10) Chiriacho Summit
11) Act III: Modulate Back To The Tonic
12) I, The Swan
13) Act IV: You Don't Need a Witness
14) Interlude
15) St. Broadrick Is In Antarctica
16) The Ocean And The Sun
17) Stockhausen, Es Ist Ihr Gehirn, Das Ich Suche
18) Another Leather Lung
19) This Heat
20) The Golden Boy That Was Swallowed By The Sea
21) Prayers On Fire
22) Un'aria Ancora
23) Cellophane
24) The Heraldic Beak Of The Manufacturer's Medallion
25) Chinese New Year