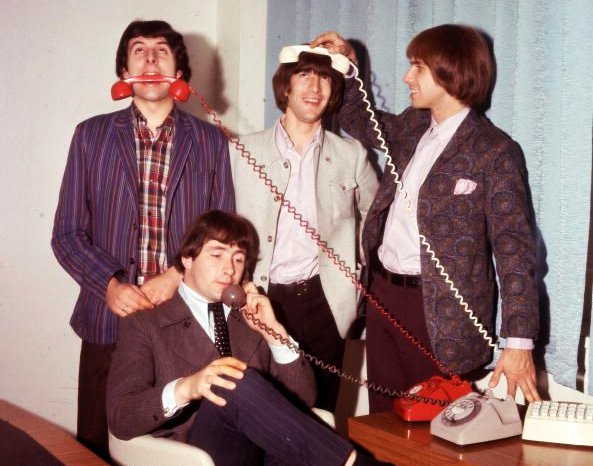 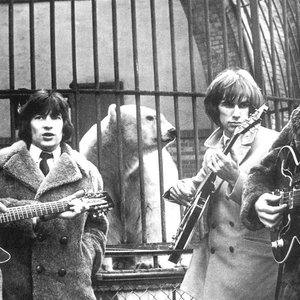 The Troggs are an English rock band from the 1960s that had a number of hits in the UK and the US. Their most famous songs include the chart-topping "Wild Thing", "With a Girl Like You", and "Love Is All Around". "Wild Thing" is ranked #257 on the Rolling Stone magazine's list of 500 Greatest Songs of All Time and was an influence on garage rock and punk rock. Fronted until 2012 by Reg Presley (born June 12th 1941, as Reginald Maurice Ball; died 4 February 2013), The Troggs formed in the town of Andover, England. A version of the band is continuing to tour featuring original guitarist, Chris Britton, Long standing members Pete Lucas (bass), Dave Maggs (drums) & Chris Allen on lead vocals

Originally called The Troglodytes, the Troggs formed in 1964 and were signed by the manager of The Kinks, Larry Page in 1965. They recorded on Page's Page One Records, and Page also leased them to CBS for debut single "Lost Girl". Their most famous hit was the single "Wild Thing" (written by Chip Taylor), which with the help of television exposure on Thank Your Lucky Stars reached number 2 in the UK and number 1 in the United States in June 1966. Its combination of a simple heavy guitar riff and flirtatious lyrics helped it to quickly become a garage rock standard. It was recorded in one complete take (take two) at Olympic Studios in London, with Keith Grant engineering. Because of a dispute over US distribution rights, "Wild Thing" was released (along with the first album of the same name) on two labels: Fontana and Atco. The band's success in the US was also limited by not touring there until 1968.

They also had a number of other hits, including "With a Girl Like You" (a UK number 1 in July 1966, US number 29), "I Can't Control Myself" (a UK number 2 in September 1966 – this was also their second and final dual-label release in the US, with Fontana retaining the rights to all subsequent releases), "Anyway That You Want Me" (UK number 10 in December 1966), all at Olympic Studios, "Night of the Long Grass" (UK number 17 in May 1967), and "Love Is All Around" (UK number 5 in October 1967 and US number 7 in February 1968). With chart success eluding the band, they split up in March 1969. Ronnie Bond was the first to release a solo record, with the "Anything For You" single in March 1969, followed in April by Reg Presley with "Lucinda Lee". Chris Britton released a solo album, As I Am, the same year. The band reformed later that year, with former Plastic Penny bassist Tony Murray replacing Staples, and in 1974, after a spell on Pye Records, in an attempt to re-create their 1960s successes, the Troggs re-united with Larry Page, now running Penny Farthing Records. The resulting cover version of the Beach Boys hit "Good Vibrations" did not capture the public's imagination. A reggae version of "Wild Thing" also failed to chart. The band found a sympathetic ear at French label New Rose in the 1980s, the label releasing 1982's Black Bottom LP and 1990's AU.

In 1991, the Troggs recorded Athens Andover, an eleven-song collaboration between themselves and three members of R.E.M. It was recorded in the American band's hometown of Athens, Georgia, and was released in March 1992.

The band attempted to capitalize on this new exposure with a couple of bizarre collaborations on new versions of "Wild Thing". In 1992 they teamed up with notorious drinkers Oliver Reed and Alex Higgins, with another version the following year featuring Wolf from the TV show Gladiators, which actually reached number 69 in the UK Singles Chart.

Legacy and influence
The Troggs are widely seen as a highly influential band whose sound was one inspiration for garage rock and punk rock. For example, Iggy Pop of the Stooges has cited the Troggs as influential to their sound, and the early version of British pop-punk pioneers Buzzcocks featured I Can't Control Myself in their live repertoire. The Ramones are also amongst punk bands who cited the Troggs as an influence. The MC5 covered "I Want You" at their live shows and recorded the song for the album "Kick out the Jams", although they renamed it "I Want You Right Now".

The Jimi Hendrix Experience famously covered "Wild Thing" during their appearance at the 1967 Monterey Pop Festival, introducing it as the British/American joint "national anthem", and climaxing with Hendrix burning his guitar.

In 1990, the first hit for the band Spiritualized was a cover of "Anyway That You Want Me". This cover was later used in the movie Me and You and Everyone We Know.

"With a Girl Like You" is featured uncut in a school dance scene from the 1991 Nicole Kidman/Noah Taylor movie Flirting.

In 1991, "Love Is All Around" was covered by R.E.M. during live performances and was released later that year as a B-side on their "Radio Song" single. They also performed an acoustic version of the song on MTV Unplugged.

In 1994, Scottish band Wet Wet Wet's version of the song spent fifteen weeks at number one in the UK after its inclusion in Four Weddings and a Funeral.

A modified version of "Love Is All Around" was featured in the film Love Actually (2003), performed by actor Bill Nighy.

An in-studio tape of Reg Presley's running commentary on a recording session, filled with in-fighting and swearing (known as "The Troggs Tapes") was widely circulated in the music underground, and was included in the Archaeology box set. The in-group infighting is believed to be the inspiration for a scene in the comedy film This Is Spinal Tap where the band members are arguing. Some of this dialogue was sampled by the California punk band The Dwarves on their recording of a cover version of the Troggs song "Strange Movies".

In January 2012, after over 40 years of touring, Reg Presley retired due to lung cancer, apparently ending the Troggs. However, the remaining members, Chris Britton (guitar), Pete Lucas (bass) and Dave Maggs (drums) are continuing the Troggs. They are joined by special guest Chris Allen on lead vocals, who has been in the Denny Laine Band, the Commitments and part time with the Animals.