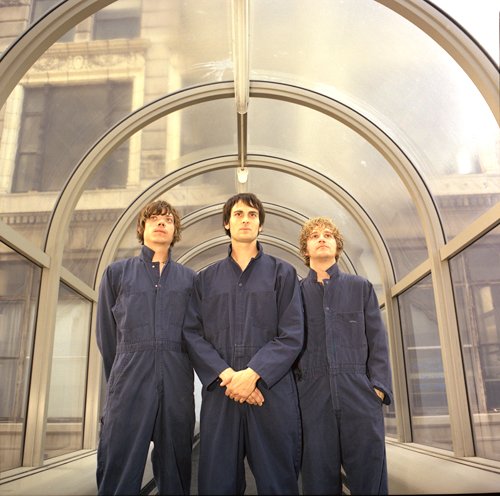 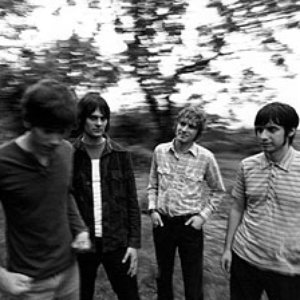 Detroit quartet The Waxwings aren't straight outta the garage. Rather they've perfected their sonic alchemy of late 60's Rolling Stones, vocal weavings of The Band and the Parson-age of eight mile high flights of fancy in the deepest of basements, bringing a sound to an audience starved for the affection of passionate craftsmen at the peak of their powers.

In Detroit's storied burnt-out landscape, you have to know where to look to find things of great beauty and originality. Here kindred spirits stick together, support each other, bonded in the same dynamic of creative survival defined by a bleak city in which community spirit is rebuilt building-by-building, block-by-block. The result is a vibrant music scene that isn't unlike others that have become legend in rock history- Factory-era Manchester, the swinging London over which the "The" bands lorded–Faces,Kinks,Who,Pretty Things and the familial atmosphere of Haight Ashbury a continent away. This is the Detroit from which The Waxwings emerge.

The facts are these: Dean Fertita and Dominic Romano sing and play guitar. Kevin Peyok sings and plays bass and James Edmunds plays the drums. They do so(and have done so since they formed from the ashes of previous outing in 1997) because they know that pop music as played by inspired people with guitars can still be vital, grand and sound absolutely brand new. The Waxwings were formed simply enough to play a show that Dean had booked at Arlenes' Grocery in New York five days later. The chemistry clicked right away and found they had a shared appreciation for the elements that make rock n' roll exciting. Wrecklessness, intelligence and timelessness. James Mann at Ink 19 wrote "Imagine what sort of records Brian Wilson would have made if he had been chasing the Stones and Syd Barrett instead of McCartney and The Beatles and you have an idea of the bands sound."

Their debut outing, 2000's Low to the Ground-recorded with Bryan Hanna at his Terrarium studio garnered the band much praise from the rock punditry including kudos from Rolling Stone, CMJ and landing Low to the Ground in Magnet (Magazine's) Top 20 albums of 2000-2001. They toured for the better part of 15 months- a tour highlighted by a three week trek with The White Stripes.

The Waxwings returned to the Terrarium in Minnesota to record their follow up- Shadows Of…The Waxwings(2002) which the Detroit News called "45:33 of absolute brilliance." This record found the band exploring the dusky nether regions of the psyche atop meticulous pyscy-rock comositions that would've made the paisleys stay underground in admiration.

The Waxwings may be slightly out of step with what listeners have come to expect from a Detroit rock n' roll band, but that doesn't bother them, since they're set to redefine expectations while still remaining reverent to the musical shoulders on which they stand.

With their third release( recorded with Brendan Benson at Grand Studios in Detroit) The Waxwings will once again show they aren't afraid to fly too close to the sun. Better still, they're equally adept at documenting the flight of fancy as they are the ineviatable descent.

Currently, Dean is on tour playing keyboards with The Raconteurs