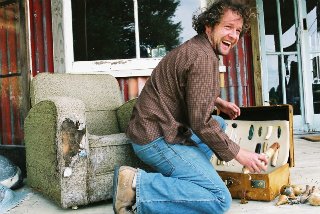 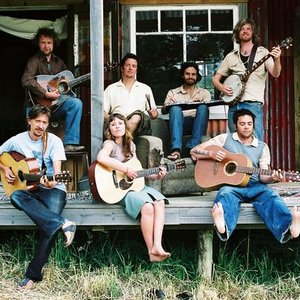 In late 2007 a bunch of Wellington musicians got together in an old woolshed in the Takaka Valley to record some songs. From this summertime project The Woolshed Sessions band and album was born.

The Woolshed Sessions album was captured on an improvised recording set-up; essentially a borrowed collection of nice microphones plugged into an old computer. The musicians worked four days straight, morning, afternoon and night, jamming and recording ‘live’ - often with many attempts made until getting a version down that was felt to be ‘the one’.

Echoes of folk, country, 1920’s swing jazz and old time blues wash over the assortment of modern New Zealand songs that were written by various members of the collective before and during the recording session. The end result is tinged with the ambient resonance of the space the music was created and recorded in – a converted woolshed with bare timber floors, lined with plywood and clad in corrugated iron.

‘You can hear the landscape in these songs. The balmy simple Golden Bay surface flows over dark secret underground caves. Life is sweet with unfathomable darkness lurking. Strings summer strumming with plenty on our minds.’ Gaylene Preston, film maker, owner of the Takaka woolshed.