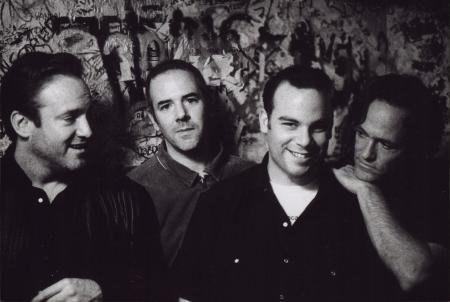 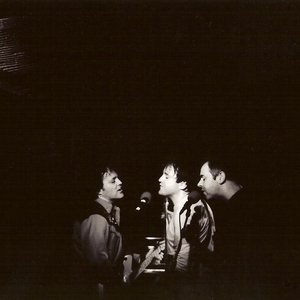 The Wrens formed in the late 1980s in New Jersey, consisting of Charles Bissell (guitar, vocals), Greg Whelan (Whelan G. E.) (guitar, vocals), Kevin Whelan (Sett) (bass, keys, vocals), and Jerry MacDonnell (Jerome MACDonnell) (drums). Their influences range from Guided by Voices to the Pixies, but they have developed a unique sound since their initial formation.

The Wrens are known for their explosive stage presence, despite each member being well past 35, and are steadily gaining a fanbase across the world. Their debut album, "Silver", was released in 1994 to a moderate degree of critical acclaim. However, it was their second LP, "Secaucus" (named in reference to the town in New Jersey where they resided), that established them as one of the top bands on the indie rock scene. Both of these albums were released on the now defunct Grass Records label.

After the release of "Secaucus", Grass Records came under new ownership, who decided to make The Wrens the flagship band of the label. After the band turned down a million-dollar contract stipulating that the band record more "radio friendly" songs, The Wrens were dropped by Grass Records. "Silver" and "Secaucus" were only recently reissued in 2006 after years out of circulation because of this.

Hindered by their label issues through much of the 1990s, the Wrens managed only to release one EP, "Abbott 1135", in 1997 under the label Ten23 Records. The band's third full-length album, "The Meadowlands", finally surfaced in late 2003 (seven years after the release of "Secaucus") under Absolutely Kosher Records to enormous critical acclaim, topping critics' polls for the following two years and suddenly jump-starting an otherwise plateauing career.

The Wrens are currently being filmed for a documentary by the production company Little Quill, and are working on another LP and a re-recording of Abbott 1135.

2) The Wrens were a doo-wop and R&B band from the Morrisania section of the Bronx in New York City. They are best-known for their song "Come Back My Love."

The Wrens first started singing together in 1954 and were comprised of lead singer Bobby Mansfield, George Magnezid (tenor), Francis "Frenchie" Concepcion (tenor), and James "Archie" Archer (bass). They admired the artists such as the Clovers, the Ravens, the Orioles, the Mills Brothers, Nat King Cole and Louis Jordan.

The Wrens were known best for their smooth, elegant harmony singing, and had a somewhat harder R&B edge than many similar groups at the time. Unfortunately, only six singles were offically released before Bobby Mansfield left the group in 1956 for a solo career. The Wrens were inducted into the United Group Harmony Association's Hall of Fame in 1998.

3) The Wrens are also a french indie folk band.

4.) The Wrens are also a family of birds, which may be scrobbled by those listening to recordings of bird songs.