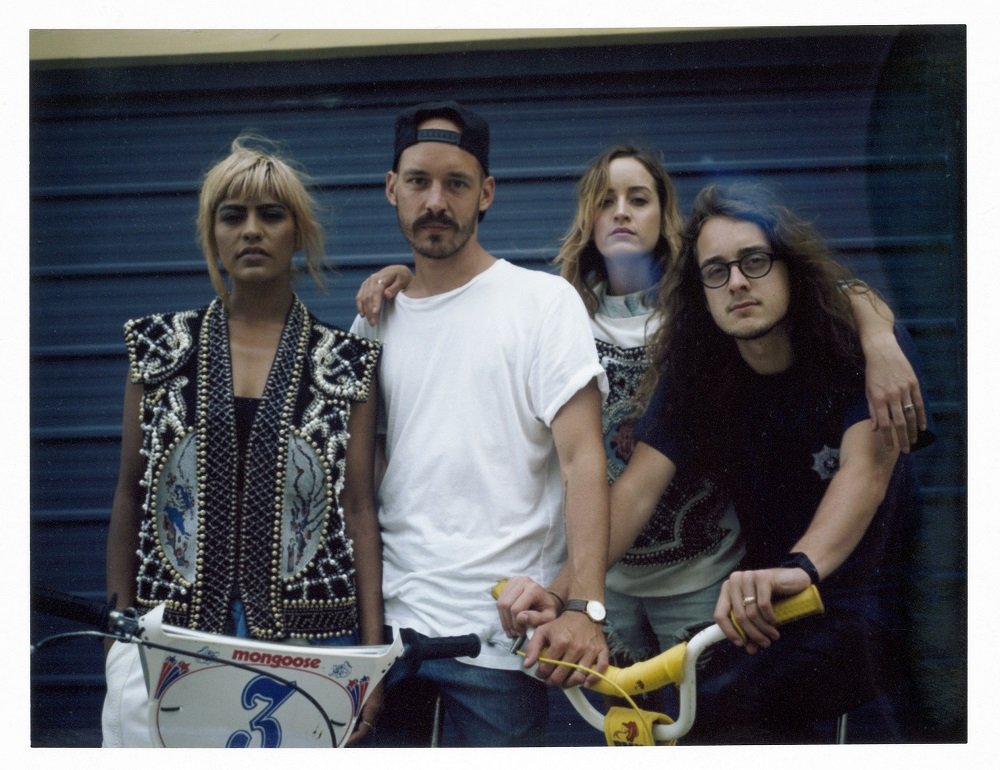 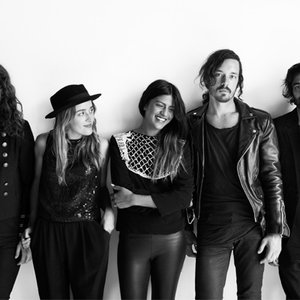 Tigertown is an Australian indie band from Sydney.

The story of Tigertown doesn’t play out like any other ordinary band. They weren’t high school friends who bonded over the love of music and started covering their favourite punk tunes in their parents’ garage, nor did they meet in the club over a glow stick and a love of beats. Instead, the bond these five musicians share runs much deeper than most, for they don’t shake each other off at the end of a tour and head into a focused slumber with their respective loved ones. These five are family – try to keep up – co-lead vocalist Charlie and drummer Kurt are siblings as are co-lead vocalist Chris, bassist Elodie and key-player Alexi, but bringing the families together is the marriage between the united front of Chris and Charlie.

It’s safe to say this marriage of songwriters is the main catalyst within Tigertown. When Chris and Charlie first showed each other initial tracks of what would eventually become their debut, self-titled EP, it was perfectly evident – especially in songs like the effervescent ‘Go Now’ – that this was going to quickly become a life-long love affair in music. Initial sessions, with the two families combining forces, naturally occurred and Tigertown, by name and nature, was born. A second EP – Before The Morning – quickly followed and spawned two singles, ‘Lions & Witches’ and the beloved radio-hit ‘Morning Has Finally Come’, extending the songwriters’ muscle even further than before.

Together, the five were exploring the vast hinterland of shimmering, alternative and perfectly-executed pop unlike anything that was happening within the Australian music community. But it’s clear, even by the band’s own admission, that this familial bond is more present and stronger than ever on their third EP Wandering Eyes.

How is this even possible? Well, to get a firm grasp of this, you’d need to start with how Tigertown recorded Wandering Eyes. Firstly, they decamped to a private and humble getaway at the foot of the Blue Mountains where they tracked – shoulder to shoulder – the base of all five songs, very quickly, with AMP award-winning producer Liam Judson (Belles Will Ring, Cloud Control). The peaceful seclusion of their environment effortlessly placed them in the right headspace to attempt things they normally wouldn’t, for example, they’d find themselves harmonising around the one microphone, rather than capturing each voice individually. From there, additional production was taken to Melbourne to the ubiquitous Steve Schram (San Cisco, Little Birdy, Little Red) who “added the lace” and brought the songs all the way to what you hear on the finished product.

The writing of the Wandering Eyes EP was a collaborative achievement of Chris and Charlie in its purest sense. Its lyrical themes traverse a range of worldly topics and influences, a trend of becoming more and more imaginative which began on Before The Morning and has encompassed Wandering Eyes entirely. Within these five songs, Tigertown certainly don’t lean on the usual subjects tried and true - there’s a tale about a cowboy meeting a girl in a desert and a story of a woman who talks to her dead husband. Meanwhile, they’ve claimed ownership of their sonic-palette completely – first single ‘What You Came Here For’ proves, once again, a dexterity for penning a radio hit - one that unravels beautifully with each repeated listen – while future-favourite ‘Back In Time’ and opulent opener ‘Weary Eyes’ both flaunt their world – now a band trademark - of dreampop, lavish harmonies and impeccably executed musicianship.

“It’s pretty amazing!” Charlie confesses of not only being in a band with her husband and two tight-knit families, but also just how far they’ve come in a short two and a half years. “Of course we have fights but then we make up ten minutes later. But yes, it’s hard to imagine a band being any other way now – I wouldn’t trade any of this for anything else.”