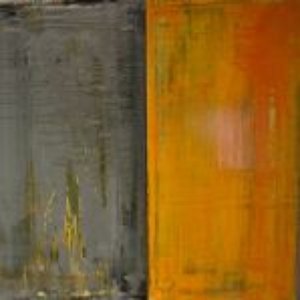 Australian guitarist Tim Catlin and American percussionist Jon Mueller's approach to their instruments is based on their shared interest in the vibration of material and the changes in sound that result in modifying those vibrations. Over a year in the making, Plates and Wires features a series of different situations involving guitars, gongs, snare drums, and bass drum, and their resonant effect upon one another. Plates and Wires was mastered by James Plotkin (Khanate/Phantomsmasher/Khlyst) and is released in an edition of 300 in a 10x10" package featuring artwork from painter Thomas Kovacich. Kovacich's practice of dragging paint with devices over large disused planks of furniture creates a visual cohesion with the layers of milky and gritty sounds heard within the recording.


The first twenty-five copies of this edition come with an exclusive intaglio print by Kovacich. About the prints, Kovacich states: "Whereas the meaning of printing in Western philosophy strives for sameness in multiples, the fine art of printmaking adopts a more relaxed and fluid practice. Each print is inked and printed or struck by hand resulting in slight tonal differences. Intaglio printmaking is a printing process by which the design is etched or engraved by the artist onto the plate, which is then covered
with ink. The surface is wiped clean leaving ink only in the incised lines. The impression is then made directly onto the paper."