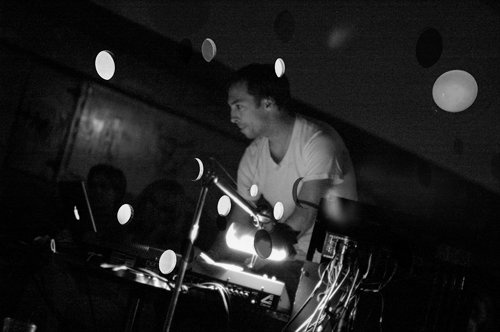 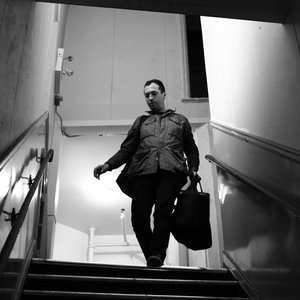 Tim Hecker is an electronic musician and sound artist based in Los Angeles, United States and Montreal, Canada. Hecker initially recorded under the moniker Jetone, but has become known internationally for recordings released under his own name, such as Harmony in Ultraviolet (2006) and Ravedeath, 1972 (2011). He has released eight albums and a number of EPs in addition to collaborations with artists such as Ben Frost, Daniel Lopatin, and Aidan Baker. His latest album Love Streams was released on his new label 4AD on 8 April 2016.

Born in Vancouver, Hecker is the son of two art teachers who spent his formative years developing an interest in music. He moved to Montreal in 1998 to study at Concordia University and explore his artistic interests further. After completing his studies, Hecker pursued a professional career outside music and worked as a political analyst for the Canadian Government. After leaving his employment in 2006 he enrolled at McGill University to study for a PhD, with a thesis on urban noise that was published in 2014. He has also worked as a lecturer in sound culture the Art History and Communications department. He initially performed internationally as a DJ (Jetone) and electronic musician.

His early career was characterized by an interest in techno, using the Jetone moniker he released three albums and performed DJ sets. By 2001 he became disenchanted with the musical direction of the Jetone project. In 2001, Hecker released the album Haunt Me, Haunt Me Do It Again, under his own name through the label Alien8. It explored abstract notions of sound and collages that was described as 'very brutal, bloody, bone-crushing experiences'. In 2006 he moved to Kranky where he released his fourth album Harmony In Ultraviolet. His current method of working involves the use of pipe organ sounds which are digitally processed and distorted. For the album Ravedeath, 1972, Hecker travelled to Iceland where together with Ben Frost, he recorded parts in a church. In November 2010, Alien8 re-released Hecker's debut album on vinyl.

Live performances contain improvisations by processing organ sounds that are manipulated, with great fluctuations in volume.

In 2012, Hecker collaborated with Daniel Lopatin (who records as Oneohtrix Point Never) on an improvisatory project which became Instrumental Tourist (2012). Following 2013's Virgins, Hecker convened once again in Reykjavik for sessions across 2014 and 2015, to create what would become Love Streams. Collaborators include Ben Frost, Johann Johannsson, Kara-Lis Coverdale and Grimur Helgason, whilst the 15th century choral works by Josquin des Prez birthed the foundations of the album. In February 2016, it was announced that Hecker had joined 4AD while his eighth album was released in April of that year. Hecker admits to thinking about ideas like "liturgical aesthetics after Yeezus" and the "transcendental voice in the age of auto-tune" during its creation.

In addition to touring with Godspeed You! Black Emperor and Sigur Rós and recording with the likes of Fly Pan Am, Hecker has also collaborated with Christof Migone, Martin Tétreault and Aidan Baker. He has also contributed remixes to other artists, including Isis.

Hecker occasionally makes sound installations and has collaborated with visual artists such as Stan Douglas and Charles Stankievech.

Hecker composed the score for 2016's The Free World, selected to be shown in the U.S. Dramatic Competition section at the 2016 Sundance Film Festival.