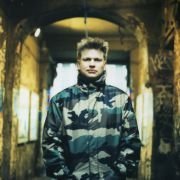 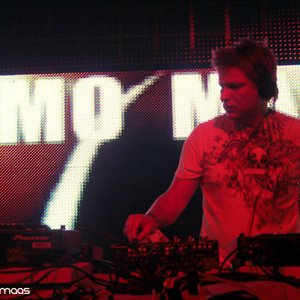 Timo Maas (born July 27, 1969 in Hannover, Germany) is an electronic music DJ/producer and remixer. Maas' first fascination with music was sparked by listening to the radio when he was young. At the age of 9 he bought his first record and went on to buy his first set of turntables at 17. His very first set was in 1982, when he played at a party in his friend's home. The beginning of his career consisted mostly of gigs around Germany playing "Top 40"-records, but occasionally sneaking in a techno record. It was to be another 6 years from his first set that he performed his first official all-techno set. In 1992 Maas was introduced to the early German rave scene after being booked for a rave at Easter. His fascination with the rave culture led him to play at many different rave-events of many sizes and scales both at home and abroad. It was in this way that Maas earned a name in the electronic underground scene.

Maas first began producing records in the '80s, but his first record The Final XS was not released until 1995. The Final XC did not sell well, and Maas himself even called it Cheesy, which is a term used in electronic music to describe something too simple and predictable. His second record release was with another producer, Gary D, with Die Herdplatte, which was a bigger success than his first album. Gary D also gained Maas a residency at Hamburg's famous club, The Tunnel, between 1994 and 1996.

Through British contacts Maas played at the Bristol club Lakota. Maas also began to release records through record-labels such as Hope Recordings, both under his own name and the alias Orinoko. Maas has also recorded under many aliases such as Mad Dogs and many others together with his manager and friend Leon Alexander. In 2000 Timo Maas began a residency alongside Deep Dish at the New York club Twilo.

Maas first became popular in mainstream dance music through his remix of Azzido Da Bass' Doom's Night, in the wake of this success he released Music For The Maases Volume 1, a mix album consisting of many of his previous tracks and remixes. After producing another mix album called Connected with Paul Oakenfold's imprint Perfecto Maas released his own debut album Loud in 2002. The album featured guest appearances from Kelis and Finley Quaye. A second Music For The Maases, Volume 2, was released, again consisting of remixes and new tracks. In 2005 Maas released his second personal album, Pictures, featuring guest artists Kelis, Neneh Cherry and Placebo's Brian Molko.

His "To Get Down" track has been widely used in movie soundtracks such as the 2003 remake of The Italian Job (2003 film), Riders in 2002, as well as other mediums such as the video game, FIFA 2003, and a Budweiser beer commercial.

On the popular video game The Sims 2: Nightlife, a remix of the Neighbourhood screen music is credited to him.