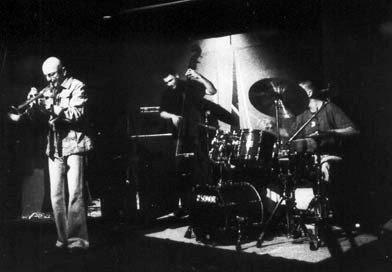 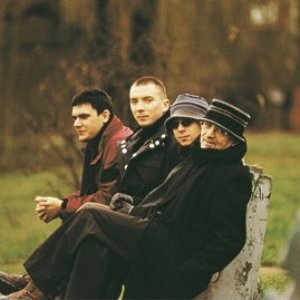 Tomasz Stańko (11 July 1942 - 29 July 2018) was a Polish jazz trumpeter and composer. Often recording for ECM Records, Stańko is strongly associated with free jazz and the avant-garde.

Stańko was born in Rzeszów, Poland, in 1942. He formed the quartet Jazz Darings in 1962 with Adam Makowicz (later replaced by Janusz Muniak); this was one of the first European groups to be influenced by Ornette Coleman.

He played with Krzysztof Komeda (1963-1967) and Andrzej Trzaskowski (mid-1960s), then led the Tomasz Stańko Quintet (1968-1973), which included Muniak and Zbigniew Seifert, and received considerable critical acclaim.

In 1970 Stańko performed with the Globe Unity Orchestra; later he worked with Michal Urbaniak. From 1974 to 1978 he played in a quartet with Edward Vesala, Tomasz Szukalski, Dave Holland, Peter Warren, ("Balladyna" ECM, "TWET" Muza) and ocasionally joined the rockband SBB; thereafter he performed again as a leader, and in 1980 recorded as an unaccompanied soloist in India at the Taj Mahal and the Karla Caves temple.

In addition to occasional solo engagements (from 1978) he played in the group Heavy Life with Chico Freeman, James Spaulding and others (1980), recorded with Gary Peacock, Jack DeJohnette, Jan Garbarek, ("Voice From The Past - Paradigm" ECM), performed with Jack DeJohnette and Rufus Reid (both 1983), belonged to Cecil Taylor's big band (1984), and formed his own group Freelectronic (1985) featuring Apostolis Anthimos and Vitold Rek.

In the 1990s (after the martial law),Tomasz recorded with Bobo Stenson, Anders Jormin and Tony Oxley, and returned to the prestigious label ECM. Stańko has recorded there three albums with his newest quartet of Marcin Wasilewski, Sławomir Kurkiewicz and Michał Miśkiewicz, all to very high acclaim.