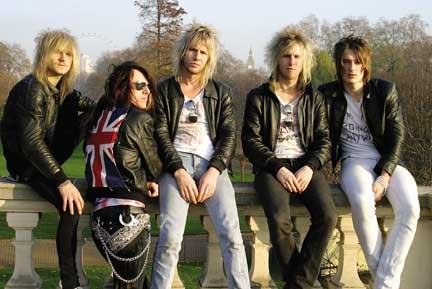 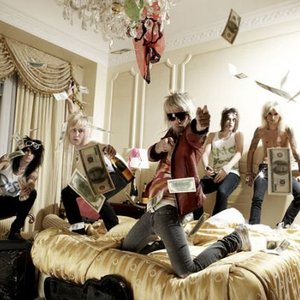 The Towers of London is a British punk rock group whose style is a mixture of '77 punk a la The Sex Pistols and '80s sleaze reminiscent of Guns N' Roses. Towers of London have divided the opinions of the British music press since their emergence in early 2005. They are well known for their energetic live performances and outrageous antics, on stage and off.

Lead singer Donny Tourette was brought before Cambridge Magistrates' Court in June 2005 for criminal damage during a show at Cambridge Anglia Polytechnic University in February 2005. Donny was said to have been swinging from an overhead cable which happened to pull down a canopy and broke scaffolding. He was ordered to pay £775 in compensation, court costs and fines. They have also appeared on television in their own documentary, entitled, believe it or not, "The Towers of London".

The band signed to TVT Records in early 2005, on which they released a string of singles prior to their début album being released. The singles were "On A Noose", "Fuck It Up", "How Rude She Was," and "Air Guitar". They released their début album "Blood, Sweat and Towers" in June 2006. It was produced by Stacy Jones.

In January 2007, Donny Tourette made an explosive entrance to the reality UK TV show "Celebrity Big Brother". Although booed into the house, Towers of London fans have since come out in support of him. He escaped from the house by scaling the garden fence after refusing to be Jade Goody's servant, a task set by Big Brother, 3 days into the show.