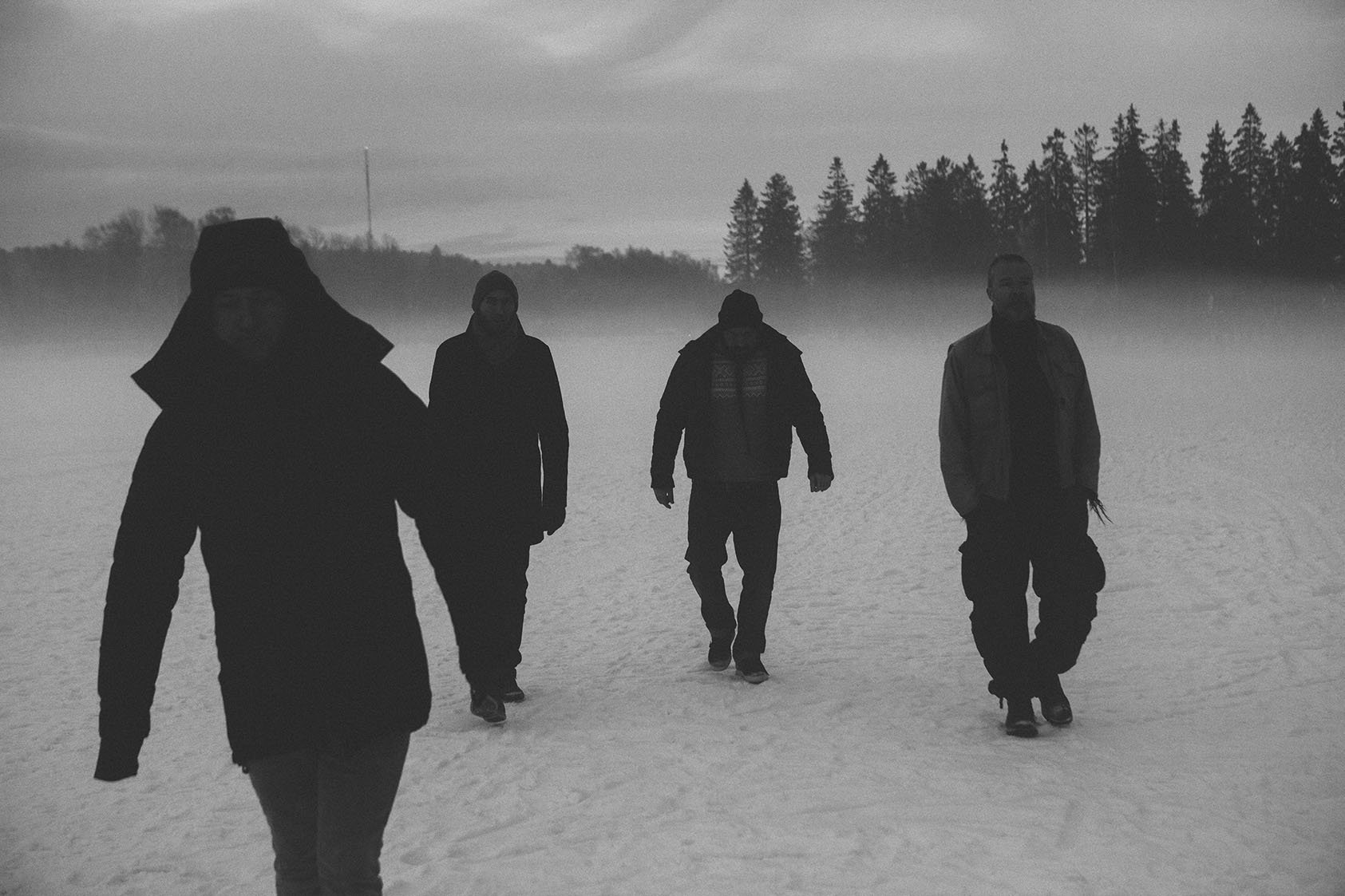 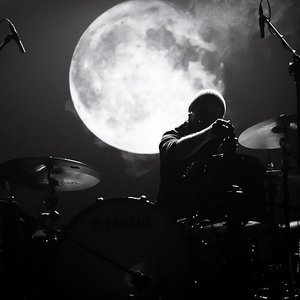 Ulver (Norwegian for “wolves”) is a multi-disciplinary musical group founded in Oslo, Norway and currently based in London, England. The band was formed by Kristoffer "Garm" Rygg in 1993, and the current line-up includes Rygg (vocal, programming), Jørn H. Sværen (misc.), Tore Ylwizaker (programming, piano) and Daniel O'Sullivan (guitar, piano, various). Since their first black metal releases in 1993, Ulver’s style has ever been changing by combining elements of experimental, electronic and ambient music, avant-garde, rock, trip-hop, and their own innovations.

Following the 1993 demo releases the demos Rehearsal 1993 and Vargnatt, which have a similar (albeit somewhat rawer) style, the band's first album, 1994's Bergtatt - Et eeventyr i 5 capitler, is a folk-themed black metal album. The title Bergtatt literally translates as “mountain-taken”, but is more commonly used to describe someone who is stricken with awe. In Norwegian folk tales the word refers to people who wander off into mountains, lured by trolls or other mythical beings. The narrative of the album’s lyrics follows a woman as she becomes so mountain-taken. The subtitle means “An Adventure in 5 Chapters”. Bergtatt features a melancholic, fully acoustical song “Een Stemme Locker” (“A Voice Beckons”).

1995's Kveldssanger, Ulver’s second album, contrasts with Bergtatt as it uses classical guitars, cello and chamber chants, and completely eschews the black-metal elements of Bergtatt, while still having a folk theme. Garm has since remarked that Kveldssanger was an “immature attempt at making a classical album.” He later clarified this by saying that the performance was immature, yet the content is strong when their youth is taken into account.

The third album, 1997's Nattens madrigal - Aatte hymne til ulven i manden, was a return to black metal, more ferocious than Bergtatt was, with only one mellow acoustic interlude in the first track. The album is intentionally under-produced, akin to Darkthrone's Transilvanian Hunger, with buzzing guitars and rather muffled drums. There are rumours surrounding this album and its recording, the most famous being that the band recorded this album in a forest. The band has dismissed this as impossible, although When Bitter Spring Sleeps later would record their albums in a forest. Another and less-known rumor is that the band purposely recorded the album on a four-track cassette recorder and used the money that Century Media gave them for other things, for example Armani suits, haircuts, cocaine, beer, and/or a new car. When questioned about this, Garm said the band did have rather expensive tastes, though he has denied buying a new car, saying there wasn't enough money.

Themes from William Blake's The Marriage of Heaven and Hell, released in 1998, was different from what Ulver, or even any other band, had made before. Tore Ylwizaker, a new composer and sound architect, paired up with Garm's expanding artistic visions and together they stepped over the boundaries of black metal aesthetics, creating a genre-defying work. In this album, the musicians blended electronics, industrial music elements, progressive metal and avant-garde rock, adding ambient passages. Lyrically, the album incorporates the entire text of the William Blake's poem The Marriage of Heaven and Hell, and features guest vocals. Despite confounding and perhaps alienating many fans of the band's first three albums, the album received widespread acclaim from critics within both the rock/metal and alternative music press. For instance, it was reviewed as 'album of the month' in several high-profile magazines such as Terrorizer, Metal Hammer, and Rock Hard. It also ranked very high at many year's best polls that same year.

Ulver's next two releases, the EP Metamorphosis and full-length album Perdition City: Music to an Interior Film, were even more experimental than the “Blake Album”, and a lot more pensive. The Metamorphosis disclaimer reads: “We are as unknown to you as we always were”. The band had moved further away from rock and metal and into a more ethereal style, much like that of Coil. The use of programmed sound and atmospheric style is dominant here, unlike the previous albums. Neo-classical composer and film scorer Craig Armstrong may have been an influence on Ulver as his use of electronics and hip-hop beats over strings and pianos is somewhat reminiscent of Ulver's later works.

The band followed up these two releases with two minimalist/ambient/glitch works, Silence Teaches You How to Sing and Silencing the Singing. These works featured minimal melodies and often had subtle weird and unnatural noises throughout the song structures; the band also stretched out at length, with "Silence Teaches You How to Sing" being the band's longest composition to date at over twenty-four minutes in length. Due to their individual rarity, they were later released together as Teachings in Silence.

Having proved their proficiency at making atmospheric electronic music, Ulver were hired to make music for cinema films Lyckantropen (whose soundtrack was released as Lyckantropen Themes), Svidd neger, and Uno.

In 2003, Ulver began making more symphonic music. They released A Quick Fix of Melancholy, which kept the minimalist, sparse stylings of their previous albums, while adding a much more expressive, dramatic, symphonic element, with various string sounds (most likely sampled) and various operatic singing styles.

In July 2004, the band finished recording their next album, Blood Inside, which was released on June 6th, 2005. With Blood Inside, the band stepped away from the more minimal styles they had been experimenting with previously. Bringing back more traditional rock instruments like guitar and acoustic drums (since 1998 the band had used primarily digital drums and/or sampled beats), and combining them with real and synthetic classical instruments, brass horns and sound samples, the band created something they had never done before. Managing to fuse genres ranging from rock, classical, minimalism, electronica and vintage progressive rock music with Garm's broad vocal range, Ulver created an album that was far beyond anything anyone has heard in the avant-garde scene.

Ulver have recently collaborated with drone band Sunn O))) on a 15-minute track which appears on Sunn O)))'s WHITEbox box set, released in July of 2006. Additionally, Ulver had announced back in 2002 that they had been working on a string remake of Nattens madrigal, but Garm has stated on the message board of his alternative rock band, Head Control System, that the project "is in a state of total dormancy".

The band's seventh album, Shadows of the Sun, was released on October 1, 2007. Garm called it “our most personal record to date. Low key, dark, and tragic”. The album mostly consists of dark ambient music, with lush symphonic orchestrations backing up the band's mellow material.

The band's eighth album, Wars of the Roses, appeared after nearly four years of silence in April 2011. This time around the band was highly influenced by progressive rock music, also incorporating elements of ambient, post-rock, and spoken word. The same year, the band also released the live album The Norwegian National Opera, a nearly career-spanning performance with the opera cited in the title that featured renditions of material dating from the Blake album to Wars of the Roses.

The band's ninth album, Childhood's End: Lost & Found from the Age of Aquarius, followed in 2012. A long-delayed cover album of material from the '60s psychedelic rock era, the material Ulver chose to cover was mostly quite obscure (with Jefferson Airplane's "Today" being easily the best known track), but further revealed the band's diverse range of influences.

In 2013, Messe I.X-VI.X appeared. A companion piece of sorts to Shadows of the Sun, the music on Messe continues in the same reflective, brooding vein as that album, but contains more influence from post-rock and modern classical music. Most of the tracks were instrumental this time around, and the band stretched out in length, with the longest song exceeding eleven minutes. The same year also saw the release of the live album Live at Roadburn, consisting mainly of live renditions of Childhood's End material (one improvised piece, inspired by and dedicated to the German krautrock band Can, was included as an encore).

2014 found the band's second collaboration with Sunn O))) released, the full-length album Terrestrials. Despite the metal background of the two bands, the material here was mostly subdued drone/dark ambient with little metal influence. The same year also saw the release of the box set Trolsk sortmetall 1993-1997, serving as the definitive retrospective on the band's black metal phase by collecting their 1993 demo Vargnatt, their first three albums, and previously unreleased rehearsal versions of four songs from Nattens madrigal. All material was remastered for this set, with Nattens madrigal seeing substantially more dynamic range and its bass line being clearly audible for the first time.

2016 saw the release of the band's double album ATGCLVLSSCAP, its title an acronym consisting of the signs of the Zodiac. Ulver constructed the material on this album around a series of improvised soundscapes recorded live at twelve different shows, but the studio overdubs create a tightly structured set of compositions, some of which are rearrangements of earlier Ulver songs such as Nowhere/Catastrophe. The material here, which consists of twelve tracks spanning eighty minutes, covers a wide range of genres, including psychedelic rock, progressive rock, dark ambient, avant-garde, and post-rock. The end of 2016 also saw the release of the film soundtrack Riverhead.

2017 saw the release of the band's synth pop album The Assassination of Julius Caesar, which marked the band's first album in since 2011 that wasn't: partially recorded live (ATGCLVLSSCAP, Messe I.X-VI.X); a cover album (Childhood's End); a collaboration (Terrestrials and, to a lesser extent, Messe again); or a film soundtrack (Riverhead). Hailed as a return to form (as much as a band like Ulver can have), it received some of the band's most positive reviews in years. The end of the year saw the release of a companion EP, Sic transit gloria mundi (Thus Passes the Glory of the World).

Ulver have established themselves as some of the most remarkable musical chameleons of the twenty-first century, and continue to evolve with each new release.