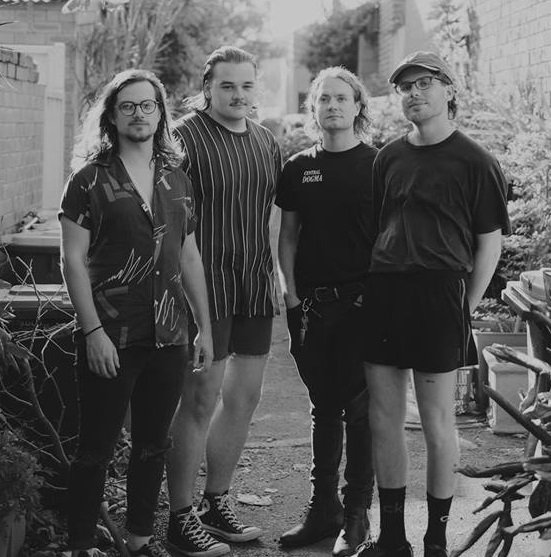 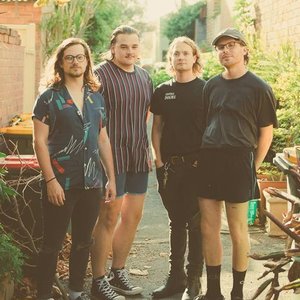 There are multiple artists that perform under the name Vacations:

1. An indie-rock group based in Newcastle, Australia. Comprised of Campbell Burns, Jake Johnson, Nate Delizzotti and Joseph Van Lier. The pleasant sounds of the four piece have earned them love at home and across the sea. Their music could be faithfully summarised as vibes, fitting somewhere in the shoeboxes of indie rock and glistening psych-pop. Their latest release (appropriately titled Vibes) features the tuneful croons of the singer Campbell Burns between shining, chorus-heavy guitars, bobbing bass and brushy jazz-rock drumming (worth a listen for fans of Morrissey and/or Mac Demarco). The band have just released a single that is the first taste of an album to come in 2018.

2. Members from Chin Up Chin Up formed a new band

Vacations was conceived while Bobby, Greg & Jeremy were wandering around Europe somewhere, on tour with their old band Chin Up Chin Up. They decided it’d be fun to try to start a new band without any guitar. The group they came up with is damn near the realization of that dream. They’re not completely devoid of or anti-guitar, but it certainly isn’t the heart of the matter anymore like it’s been for most of their musical lives. Ukulele, kalimba and karimba (those are both types of African thumb pianos – I just found that out from Wikipedia, too, it’s okay) are the sonic bread and butter for a band that has no real place on the map globally.

In all honesty, Vacations is the sound of three guys making music who just don’t give a fuck anymore, and I mean that in the best of all possible ways. These three have spent years busting their asses trying to make it in music with their old bands (Chin Up, Make Believe, White Savage, Love of Everything, Hertzsprung Gap…) and making it just got old. Let’s face it. If it didn’t get old, they’d get pathetic. But letting go and quitting are two very different things. Vacations started as a way for the members to make music for themselves and leave the rat race (yes, I said it – the rat race of indie music. Trust me. It exists.) behind. They’ve brought back the whole reason they started making music in the first place: to make fun for themselves, their friends and hopefully their friends’ friends all over the place. It’s good-natured, revelry-inspiring, bizarro camaraderie in song.

You can feel it from the first warm and plaintive notes of “I Was Bikini.” It’s something that instantly feels nostalgic and wistful for a good time you can’t even remember having anymore, but you’re pretty sure is still lingering in your bones or your blood-stream somewhere. It’s a feeling found in most of Vacations’ songs, propelled by familiar melodies made out of seemingly unidentifiable timbres and a winded heartbeat of rhythms. And when Jeremy and Chicago’s favorite chanteuse Jeanine O’Toole (of the 1900s) tell you that they’ll “see you on the other side,” you’re so wrapped up by the song that you don’t even question it.

Vacations make a sound that, amidst all the buzzwords and hype-machines, serves to remind you that music is the ultimate meme. It is what you make it and how you choose to let people hear it. So staying true to what it once inherently meant to be an independent band, Vacations decided to forego what is now the obvious band routine. The pattern of “make an album, make someone put it out and make it sell” is not for them. They’ve retreated to the DIY-roots that abound in the songs they’re creating, but haven’t left the present tense behind. They brought it all back home.

Their debut album is being released on Bobby’s own label, Record Label, instead of searching, shaking hands and hoping someone else will call it theirs. Yeah, I know. Nothing new. Greg Ginn and Ian MacKaye did it thirty years ago. That doesn’t make it any less admirable, though, especially in today’s oversaturated and over-funded transparency of a music scene. The real crazy and inspiring thing is, that their maiden voyage, I Was Bikini / But Rain Afraid, isn’t even really an album by any stretch of the contemporary terms.

Like I was saying earlier, I Was Bikini / But Rain Afraid is living in the present. An analog/digital choose-your-own adventure if you will. The vinyl enthusiasts can get their fix via the I Was Bikini 7”, a format that our economy’s coming dangerously close to making extinct despite the general vinyl renaissance. Yet, the best part is if you want the tangible, the time constraints of the disc don’t come into play anymore. Not only does the 7” come with a code to download the five songs on the record, but it also unlocks the album’s other eight songs housed on But Rain Afraid. Vacations aren’t vinyl elitists, though, nor are they classists. The whole of the album, all thirteen songs, will be made available from the band’s own web home for a pay-what-you-want-just-pay-something price. I know this is a lot to digest, but honestly, what could be better? You get to decide what Vacations’ music is worth to you and what it looks like. No questions asked.

In the end, this is open-endedness enables what the guys in Vacations really want. They want to engage you. They want you to listen to the story they’re spinning in notes and words. They want to make you part of the music they’re making and the fun they’re having. They’re getting back to the roots they never knew and they want to meet you somewhere in the middle of the expanse for the hang of a lifetime. - Jesse Woghin

3. "Vacations is the solo endeavor of Fungi Girls’ frontman, Jacob Bruce. Vacations strays far away from Fungi’s 60’s psych and surf roots, and creates a dreamy piece of breezy pop, sounding like a more serene version of Real Estate"