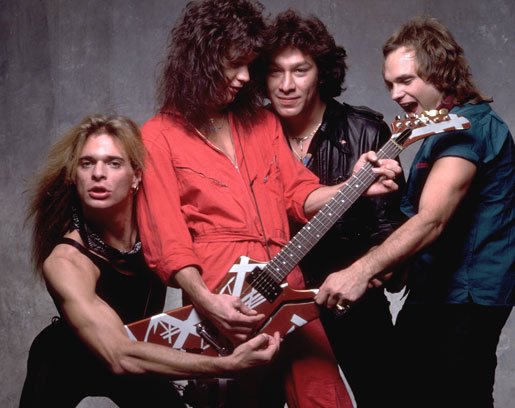 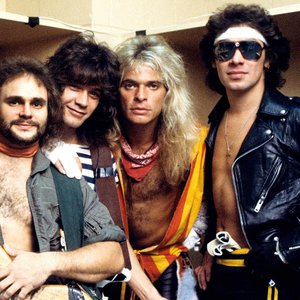 Van Halen was a hard rock band which formed in 1972 in Pasadena, California, United States. Van Halen is 20th on the RIAA list of best-selling artists in the United States; the band has sold 56 million albums in the States and more than 80 million worldwide, making them one of the best-selling groups of all time. As of 2007, Van Halen was one of only five rock bands with two studio albums that sold more than 10 million copies in the United States. Additionally, Van Halen has charted 13 #1 hits on Billboard's Mainstream Rock chart. VH1 ranked the band seventh on a list of the top 100 hard rock artists of all time.

The band was originally called Mammoth and changed their name to Van Halen by 1974. The band's first studio album, "Van Halen", released in 1978, is widely regarded as a milestone in rock music. With this first release, the band, featuring David Lee Roth on vocals, Michael Anthony on bass, and Dutch-born Edward Van Halen on guitars (and also keyboards later) and brother Alex Van Halen on drums, established itself as a leader in the emerging and commercially successful U.S. heavy metal music genre of the 1980s. In particular, Eddie Van Halen quickly gained widespread notoriety for his technical prowess and musical sensibility. Almost overnight, he was touted as one of the most innovative and influential American rock and roll guitarists.

From 1978 to 1998 the band released 11 studio albums (with David Lee Roth until 1984, Sammy Hagar from 1986 to 1995 and Gary Cherone from 1998 to 1999), all of which broke the Top 20 spot of the Billboard 200 music charts. Their biggest hit, "Jump", reached #1 in the United States and Canada in 1984 . The band has sold more than 75 million albums worldwide and has received several Grammy nominations, winning the award with their 1991 album "For Unlawful Carnal Knowledge". The video for "Right Now" also received several awards, including MTV's Best Video award. Van Halen is listed in the Guinness Book of World Records with the most #1 hits on the Billboard Mainstream Rock List. According to the Recording Industry Association of America Van Halen is #19 on the list of Top Selling Artists of all time (having sold more than 56 million albums in the U.S.). Van Halen is one of five rock groups that have had 2 albums sell more than 10 million albums in the U.S. (the others being: Led Zeppelin, Pink Floyd, The Eagles and Def Leppard).

In addition to being recognized for their artistic contributions, commercial success and popularity, the band is known for drama surrounding the lead singer spot (in Edward's words, LSD meaning Lead Singer Disease). Although the core instrumentalists and backing vocals have remained constant (Edward, Alex and Mike) until 2004, the band has recorded studio albums with three different lead vocalists: David Lee Roth, Sammy Hagar and Gary Cherone. Each vocalist has departed (at least once) under cloudy circumstances. Following their 2004 concert tour the band entered a hiatus phase broken in 2007 with the announcement of a long awaited reunion with David Lee Roth, 22 years after the band parted ways with the flamboyant frontman. Van Halen's 12th studio album, and their first new album with Roth since 1984 was released on February 7, 2012.

On March 12, 2007, the band was inducted into the Rock & Roll Hall of Fame at a ceremony held at the Waldorf-Astoria Hotel in New York City. Michael Anthony and Sammy Hagar were the only inductees who attended the ceremony. Michael Anthony made a point of thanking the band's third singer, Gary Cherone, who was not inducted. That night, Velvet Revolver played a medley of two VH songs (mostly "Ain't Talkin' 'bout Love" and a small part of the intro to "Best Of Both Worlds") to represent the absent members of the band, which was followed by Anthony and Hagar playing "Why Can't This Be Love" with Paul Schaffer. Afterwards, at a press conference, Hagar said that he would love to work with Van Halen again. He also said that he hopes the band would do a "Dave reunion" with Roth first.

In January, 2007, Edward unveiled a limited edition Frankenstein (his trademark red, black & white striped guitar) replica that's Fender built (only 300 units produced for $25000 each) and later he introduced his own EVH brand.

On May 24, Eddie posted a note to the Van Halen website confirming that he had exited rehab, having cured his ills.

On Monday, July 2, 2007 press reported that the reunion tour with David Lee Roth on vocals was in the planning stages. Then on August 6th, Billboard.com reported that the band had all but finalized a tour, beginning in October. Though the press reaction to the reunion was largely warm due to the band's cheery behavior at a press conference, the newly re-designed website sparked controversy when Michael Anthony was removed from the album artwork on the Van Halen album (replaced by an image of Wolfgang), and the group photo from the Women and Children First album was taken off entirely. After significant outrage emerged across the internet, the album covers were reverted to their original state without a word.

The tour was originally 25 dates and was scheduled for 2007 only, but popularity increased it to over 50 concert dates spreading to 2008. When the band released their 2012 album with David Lee Roth, a long North American tour followed.

Note: David Lee Roth joined the band twice in 2000, though neither tenure was a success.

Eddie sang lead vocals 1972-1974 while the band was still named Mammoth (before Michael and Dave were added to the lineup); rumour has it that Dave used to rent the PA to the boys and it was cheaper to have him in the band rather than paying for the PA every night they'd play; Mike was the lead singer and bassist from a band named Snake and his talent was welcomed both as a bassist (replacing Stone) as well as a background vocalist.

There were also three failed behind the scenes attempts at a reunion with Roth in the period 2000-2001. In this time Roth 'rejoined' the band, but things fell to bits before the band were confident enough together for public announcements.

Eddie played most of the bass on 1998's Van Halen III album (as well as providing lead vocals on a song), and the three new songs on The Best of Both Worlds. Wolfgang played rhythm guitar with his father and provided backing vocals during the band's 2004 reunion tour at many concerts.

Early in the band's career, they experimented with a keyboard player. Exactly when is unknown, though it seems to have been after the band became Van Halen (so it would have to have been between 1974 and 1978), and not lasted long due to Eddie's dissatisfaction with it.

On October 6, 2020, after a long struggle with throat cancer, Wolfgang Van Halen announced on his Instagram page that Eddie Van Halen had passed away at age 65 due to the complications aforementioned of throat cancer, in which it had spread to his vital organs, and thus effectively disbanding the band after 48 years.