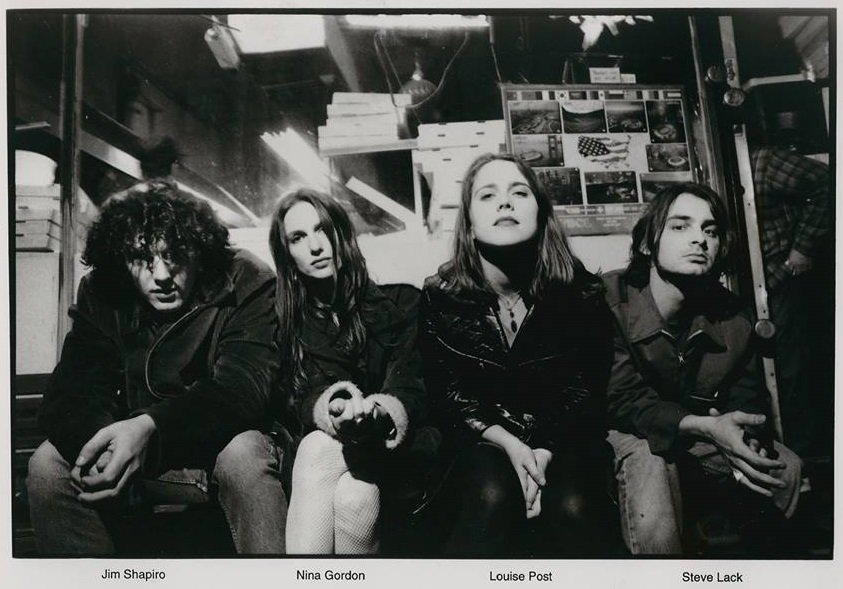 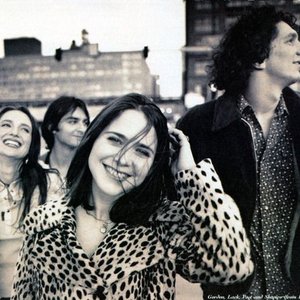 Veruca Salt was formed alongside the friendship of Louise Post and Nina Gordon. Introduced by Gordon's good friend, actress Lili Taylor, Gordon and Post quickly bonded and formed what is now known as Veruca Salt. Originally, the band was an Indigo Girls-inspired acoustic act, but the women quickly realized this wasn't their sound. They quickly enlisted bass player Steve Lack and eventually Gordon's brother Jim Shapiro joined as a drummer, even though he originally was just drumming as a favor to his sister.

Veruca Salt released a self-funded demo tape and shopped it to labels, and began to play a handful of small club shows. The buzz around the band grew furiously, and after only a few live gigs, the band was signed to Minty Fresh Records and began recording with producer Brad Wood. At the time Brad was popular due to having recently produced Liz Phair's critically acclaimed Exile in Guyville.

The band released an orange 7" single for the song "Seether" to radio. "Seether" was a bratty, distorted alt-rocker about an angry and misunderstood woman. Compared to the rest of Veruca Salt's material, "Seether" was very pop, so much so that Gordon said that when she wrote it, she didn't think the rest of the band would like it. They sent "Seether" to radio, as it was the most radio-friendly song they had written and the reaction was unexpectedly positive. Unfortunately, the album wasn't complete and they found themselves rushing to complete the album, before "Seether" lost its radio momentum. It ended up peaking at #8 on the Modern Rock charts.

Geffen Records signed the band after an intense label bidding war and American Thighs was released October 25, 1994. It peaked on the Billboard Top 100 at 69 and was certified Gold. The follow-up single "All Hail Me" failed to chart Top 40 on Modern Rock, and the last single from the album, "Number One Blind", written by Gordon, did better than the previous single at 20 on Modern Rock chart, but nowhere near as well as "Seether". Gordon and Post were unhappy with the song's video, and it was pulled after airing fewer than five times on MTV.

To support this album, Veruca Salt opened for such acts as Hole, Live and PJ Harvey, as well as their own headlining club tour.

The band released an EP in 1996 titled Blow It Out Your Ass It's Veruca Salt to tide fans over until their next album.

After touring for American Thighs, Gordon and Post entered the studio with Bob Rock to record their second album. They were inspired to work with Bob after hearing Metallica's "Enter Sandman" on the loud-system before a Veruca Salt concert at an outdoor music festival.

Eight Arms to Hold You, which was released February 11, 1997 on Geffen Records, proved to be a difficult and dividing album. Some fans of American Thighs were disappointed by the polished, hard-rock and distinctively Bob Rock production, in comparison to the laidback indie buzz-bin vibe of American Thighs. The new album garnered mixed reviews from music critics as well. Band members have since admitted that this album was difficult for the band, and the recording process was extremely tense. However, Eight Arms to Hold You sold well due to the success of the first single "Volcano Girls", written by Gordon. It was a catchy, power-pop tantrum that matched "Seether"'s success, peaking at #8 on the Modern Rock charts. This album, however, didn't have longevity, and despite peaking higher (Billboard Top 100 at 55) than American Thighs, sales dropped off drastically when the second single "Shutterbug" failed to chart despite a high budget video and Saturday Night Live performance, as well as other promotion. Three more singles were sent to radio ("The Morning Sad", "Straight" and "Benjamin") but none of them did well enough to warrant a video. However, the Gordon-penned "Benjamin" was released internationally as the third and last commercial single from the album despite having no video and no promotion. "Benjamin" also failed to chart. Shapiro left the band soon after the release of Eight Arms and was replaced by Stacy Jones (of Letters to Cleo and now American Hi-Fi). Jones toured with the band on the Eight Arms tour, but never recorded with them.

Veruca Salt toured extensively for Eight Arms to Hold You, opening for Bush as well as a lengthy international headlining club tour.

Nina Gordon left Veruca Salt in early 1998 amid rumors of stolen boyfriends and physical altercations with bandmate Louise Post. Post, now the only original band member, recruited a new band, consisting of Stephen Fitzpatrick (guitar), Suzanne Sokol (bass) and Jimmy Madla (drums), and continued to record and perform under the Veruca Salt moniker. The new band signed with Beyond Records. The first album with the new lineup was 2000's Resolver.

December 2002 saw the release of both Resolver and lead single "Born Entertainer", in Australia through Embryo Records / MGM. Following the release of "Born Entertainer" Embryo Records / MGM released the single "Officially Dead" which contained newly recorded tracks as well as a remix of 'the Same Person. The band toured Australia, including the "Splendour in the Grass" festival alongside bands such as Placebo and Coldplay. 'Yeah Man' was released as a radio only single.

After planning to take some time to step away from the music industry the band once again toured and performed at some festival shows in Australia. The tour took in the capital cities as well as performances at both the "Falls Festival" and the newly created Southbound festival in Perth. The band completed the 2 week tour and upon arrival back in the United States performed a show at the iconic "Viper Room". The band debuted the tracks 'Blissful Queen' and 'Circular Trend' live, both would end up on the album "IV"

2005 saw another couple of line-up changes with Sokol and Madla leaving, being replaced by Solomon Snyder on bass and Michael Miley on drums for the recording of the EP Lords of Sounds and Lesser Things (LOSALT). The band then went on tour as Post, Fitzpatrick, drummer Kellii Scott and bassist Nicole Fiorentino. LOSALT was released and sold independently at the bands shows and via the website and included six new songs. The title of the EP is an extract from Zora Neale Hurston's Their Eyes Were Watching God. This preluded the full length album, "IV", released September 2006 and accompanied by a US tour. The lead single "So Weird" was released to radio at the end of October 2006.

They recorded a cover of Neil Young's song "Burned" for a 2007 Breast Cancer Benefit album due for release in October 2007. The band became inactive sometime after that, announcing in 2012 that they had entered an indefinite hiatus.

In 2013, the original lineup of the band reunited. In 2014, the band released the single "The Museum of Broken Relationships." and went on a tour of the United States and Australia. The band's first album in nine years, "Ghost Notes", was released in July 2015.