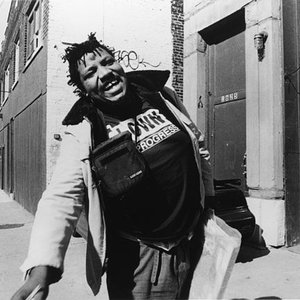 Wesley Willis (May 31, 1963 – August 21, 2003) was a 6-foot-6-inch tall, 350 lb. African-American musician from Chicago, Illinois and a diagnosed schizophrenic who gained a rather large underground following in the 1990s after releasing several hundred songs of bizarre and simplistic music which became internet phenomena during the early days of P2P file sharing.

Willis and his siblings spent most of their childhoods in various foster homes. In 1989, Willis began hearing "demon voices" and was diagnosed with schizophrenia. He often mentioned that his demons were named "Heartbreaker," "Nervewrecker," and "Meansucker". He called his psychotic episodes "hell rides". Alternatively, rock-and-roll was "the joy ride music" and Willis often indicated that listening to and performing music helped him battle the voices.

In the early 1990s, Willis became creatively active, selling marker drawings of the Chicago cityscape on the street. Some of the drawings would later appear on the covers of his albums. In 1992, Willis joined musicians from the city's alternative rock scene to form the hard rock band, The Wesley Willis Fiasco, which produced such future file sharing favorites as "Jesus is the Answer" and "Casper the Homosexual Friendly Ghost". Although few took him seriously, Willis created a buzz in the Chicago music scene and soon caught the attention of American Recordings, a major record label.

Without his band, Willis was signed to the label in 1995 and went on to record two albums while producing dozens of other albums independently. He became a minor novelty rock sensation. He toured frequently, was profiled on MTV and was a guest on The Howard Stern Show on September 26, 1996 where he played nearly-identical songs about Baba Booey and Stern.

Some questioned the aesthetic taste of Willis' audience. Rock critic Will Robinson Sheff wrote that Willis’ "periodic appearances for crowds of jeering white fratboys evoke an uncomfortable combination of minstrel act and traveling freakshow." Others heralded Willis as a welcome punk respite from overproduced pop music and pretentious indie rock.

One of Willis' trademarks was headbutting with his fans. Typically when approached by a fan, Willis would gingerly hold his or her head between his hands and say, "Say rock!" The fan would respond as instructed and he would bump his head against his or hers. Then he would say, "Say roll!" and the fan would again respond as instructed and the two would again bump heads. Willis would repeat this over and over as long as the fan would tolerate it. The large bruise in the center of his forehead resulted from this habit.

On August 21, 2003, at the age of forty, Willis died due to complications from chronic myelogenous leukemia. At the time of his death, he had recorded over 1,000 songs but his total life savings were less than $300.