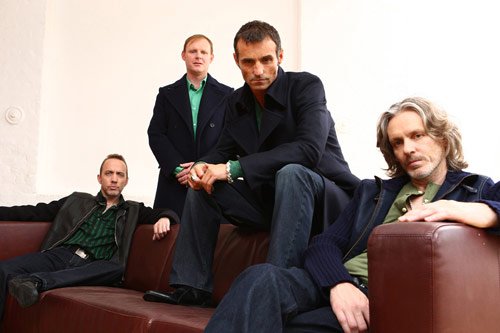 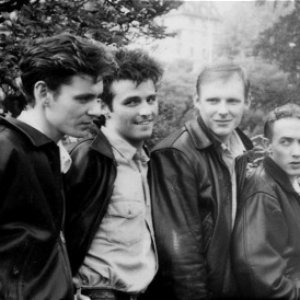 Wet Wet Wet are a successful Scottish pop band who scored a number of hits in the British and international charts in the 1980s and 1990s. They were formed in Clydebank, Scotland in 1982. They took their name from the Scritti Politti song, "Gettin, havin' and holdin'".

In 1994 Wet Wet Wet had their biggest hit, with a cover version of The Troggs' single "Love is All Around", which was a huge international success and spent 15 weeks at Number 1 in the British charts. Only Marti Pellow's insistence on deletion (he was bored of its chart domination, and overheard people complaining about it) prevented the song from possibly equalling and breaking, the record for the longest-standing Number 1 single, held by Bryan Adams.
The song was used on the soundtrack to the film Four Weddings and a Funeral. In the official UK best-selling singles list issued in 2002, it was placed 11th.

During the rest of the 1990s the band maintained a strong UK following, although success in the singles charts became more sporadic. Pellow quit the band and went into rehab to battle a debilitating heroin addiction, while Tommy Cunningham resigned acrimoniously.
Pellow succeeded in kicking his habit, and returned to the public eye in 2001, with a solo album. In 2003, the Pellow and Cunnigham cautiously reformed with Graeme Clark and Neil Mitchell in order to work on a new record, and a single called "All I Want" which was released in October 2004.

Wet Wet Wet reunited in 2004 for a successful tour in the UK, and released a Greatest Hits album.

In 2005 Wet Wet Wet played at the Summer Weekender in England, and were one of the headline acts at Live 8 Edinburgh.