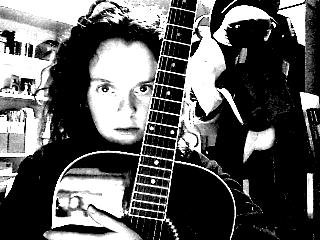 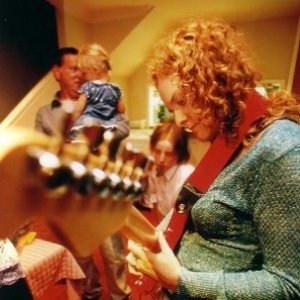 Woody's A Girl (originally the artist name for solo artist Trisha Farnan) is a veritable unknown from Perth, Western Australia, who started playing in 2005. In the years that followed, WAG released albums mainly to friends and family. She received airplay on popular local radio station RTR.FM (92.1) and used to appear occasionally on the program Burning Down the House as a presenter. Her favourite bands/artists include The Smashing Pumpkins, Liz Phair, Veruca Salt, Nirvana, Silversun Pickups and Catherine Wheel, but are in their entirety far too numerous to name. You can check out her Last.fm charts at the user profile earthcrossing.

In recent times, WAG has collaborated with American artist Billy Bedard, a.k.a. Rotting Apples, and their first Woody's A Girl album, Into the Red, was released in 2013. In May 2018, the first single from their sophomore album Oblivion was released, with the full length album due out on May 25th, 2018.

Billy and Trisha have also collaborated on an album of Billy's songs, titled The Falling Sound. Other artists also appeared with vocal contributions on the debut Rotting Apples album.