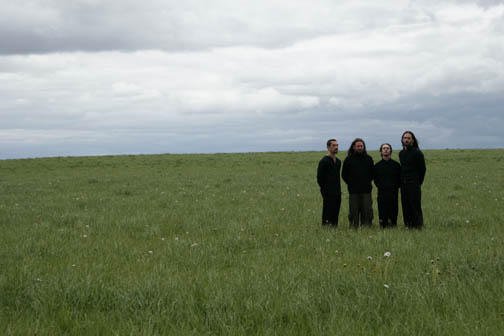 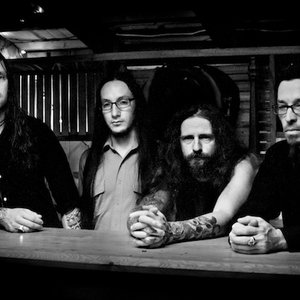 1) Yakuza is an avant-garde metal band, formed in Chicago in 1999. They have been acclaimed for their incorporation of jazz and world music elements.

Staying deeply rooted in a genre all its own, Yakuza’s existence lies on a metal base with progressive flair, while somehow also incorporating elements of jazz, world beat, and post-rock ambience.

Yakuza was formed in 1999 by the Chicago quartet of instrumentalists Jim Staffel, Eric Plonka, Bruce Lamont and Eric Clark. Using unusual instruments like the saxophone and clarinet, and incorporating free jazz, world music, and psychedelic music, the band debuted with its independently-released album Amount to Nothing in 2001. The album was met with acclaim from Terrorizer and the Chicago Sun Times. Yakuza followed its release with a tour alongside Candiria and Burnt by the Sun, eventually leading to a slot on the Vans Warped Tour.

Such exposure led to a record contract and the release of their second album, Way of the Dead, through Century Media Records in 2002. Yakuza then shared the stage with Opeth, The Dillinger Escape Plan, and Mastodon. Jazz musician Ken Vandermark guests on the record (a unique live performance from 2002 is on YouTube). While the band received critical acclaim, the record failed to meet sales expectations; as a result, Way of the Dead was the only Century Media release. In 2005, the band signed with Prosthetic Records; in 2006, Samsara was released.

World-renowned jazz percussionists Hamid Drake and Michael Zerang guest on Transmutations; these two rarely play together, except once a year during their annual "Winter Solstice Performances" in Chicago.

Staying deeply rooted in a genre all its own, Yakuza’s existence lies on a metal base with progressive flair, while somehow also incorporating elements of jazz, world beat, and post-rock ambience.

In 2010, the band released Of Seismic Consequence, their first album for Profound Lore Records.

2) Yakuza is a band from Northern Ireland formed in 1997.
Yakuza formed in July 1997 with the members hailing from Counties Armagh and Tyrone in Northern Ireland. Percussionist/multi instrumentalist James McDonald joined the band to complete the lineup of Ronan Quinn (Guitar/ Vocals), Philip McKernan (Bass) and David McCann (Guitar/Vocals).
Relocating to Belfast the band continued to tour and record, through Ireland the U.K. and Europe. Their first record came in the format of an E.P. entitled "Hatemonkey", recorded in 1997 at Dolphin Studios in Belfast.
This was followed by another E.P. entitled "Silent Violent" recorded through the soundmill studios, also in Belfast.

Yakuza and played consistently from 1999 through to the middle of 2005, at the beginning they were instrumental in establishing a music collective alongside the youth workers in the area. The Collective named "STAMP" allowed the band to meet and work with John O'Neill from The Undertones and recorded two singles in the Derry Based Blast Furnace record studio. They played with many touring bands such as Electric Eel Shock,Milgram, The Undertones,Oxes, Liars, Dead Meadow, Blood Red Shoes, Devastations and played at the launch of the Alternative Ulster Magazine with Therapy?
They used the songs entitled Everyone Thinks I'm a Dinosaur and MaryCan on a split single with the Dundee tunesmiths Mercury Tilt Switch
These songs were the basis of their first album entitled "One Nation Underawed which came out in 2003. The rest of the album was recorded and mixed in Finglas in Dublin with David 'Dubh' Black.
In the summer of 2006 Yakuza recorded their second album in 2di studios in Coalisland. The album was recorded by the band's bassist. They took the record to Portland, Oregon the following year.

Here David 'Dubh' Black produced and mixed the album in Jackpot! Studios. It was due for release toward the end of 2009. They would later split-up in 2010.

3) YAKUZA are a musical project composed by the musicians Afonso Serro, Alexandre Moniz and André Santos.

With sounds marked by London jazz and Japanese fusion through influences of electronic music, YAKUZA offers “a melodious dance with a groove and flow full of dangerous harmonies”.