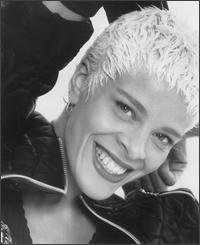 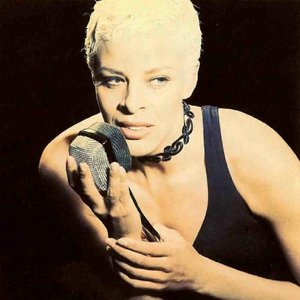 Yazz (born Yasmin Evans in Shepherd's Bush, London on May 19, 1960) is a British pop singer who remains best known for her successful 1988 dance track, "The Only Way Is Up".

After a spell as a catwalk model, she scored a number of club hits after recording with group, Biz, in 1983. Her first commercial success came in early 1988, when she supplied the vocals on Coldcut's "Doctorin' the House". She soon launched a solo career on Big Life records, a label set up by her future husband Jazz Summers, releasing her debut single "The Only Way Is Up" in the summer of 1988. It went on to spend five weeks at the top of the chart, eventually becoming the biggest selling UK single of the year. Suddenly one of Britain's biggest pop acts, her follow up was another big hit, whilst her debut album went top ten.

She continued to have hits into 1989 but has since recorded only sporadically, releasing one single during 1990 and not releasing another until 1992. She returned to the charts in 1993, performing with Aswad on the top 40 hit "How Long". She continued to release singles well into the 1990s, including a cover version of The Jackson 5's "Never Can Say Goodbye". In 1997 she recorded the album Natural Life, which was only released in some parts of Europe and Asia.