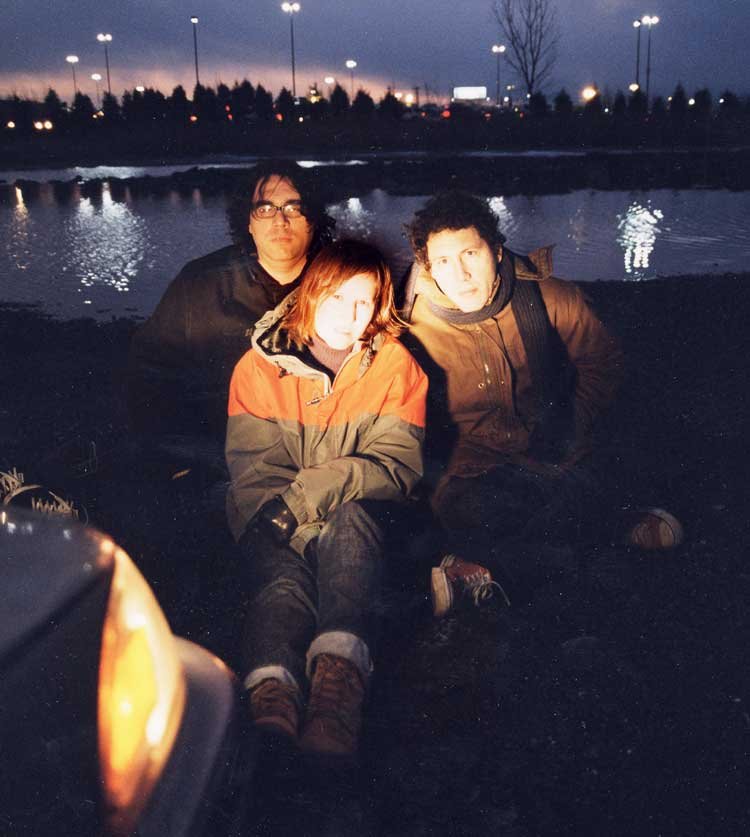 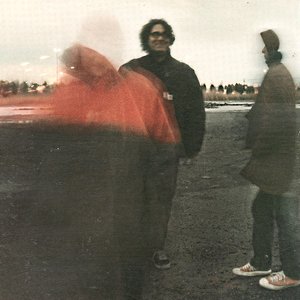 Despite achieving limited mainstream success, Yo La Tengo has been called "the quintessential critics' band" and maintain a strong cult following. Additionally, the band is renowned for its encyclopedic repertoire of cover songs both in live performance and on record.

Ira Kaplan and Georgia Hubley, a husband/wife duo, formed the band in 1984. They chose the name "Yo La Tengo" (Spanish for "I've got it!") in an effort to avoid any connotations in English. The name came from a baseball anecdote. During the 1962 season, New York Mets center fielder Richie Ashburn and Venezuelan shortstop Elio Chacón found themselves colliding in the outfield. When Ashburn went for a catch, he would scream, "I got it! I got it!" only to run into Chacón, who spoke only Spanish. Ashburn learned to yell, "¡Yo la tengo! ¡Yo la tengo!" instead. In a later game, Ashburn happily saw Chacón backing off. He relaxed, positioned himself to catch the ball, and was instead run over by left fielder Frank Thomas, who understood no Spanish and had missed a team meeting that proposed using the words "¡Yo la tengo! as a way to avoid outfield collisions. After getting up, Thomas asked Ashburn, "What the heck is a Yellow Tango?".

They placed an advertisement to recruit other musicians who shared their love for bands such as The Soft Boys, Mission of Burma, and Arthur Lee's Love. The group's debut recording was a 7" single entitled "The River of Water" backed with a cover of Arthur Lee's "A House Is Not a Motel" released in late 1985 with Dave Schramm on lead guitar and Dave Rick on bass. After recording "Private Doberman" for inclusion on a Coyote Records compilation entitled Luxury Condos Coming to Your Neighborhood, Rick left the band and was replaced by Mike Lewis, the founding bass player of Boston garage-punk bands DMZ and Lyres, who was also a member of Brooklyn garage rock band The A-Bones throughout his tenure.

In 1986, Yo La Tengo released their first LP, Ride the Tiger on Coyote Records. Produced by former Mission of Burma bassist Clint Conley who also took over bass duties on three songs, the album "marked Yo La Tengo as a band with real potential" according to reviewer Mark Deming. Kaplan was credited as "naive guitar" on the sleeve, and in the liner notes for the 1993 reissue of the album on City Slang Records, went so far as to say "Dave's guitar playing is inarguably the best thing about the record."

Schramm and Lewis left the band after the album's release, with Kaplan subsequently taking on the role of lead guitar and Stephan Wichnewski joining to play bass. The group's next album New Wave Hot Dogs (1987) sold poorly, but in the words of Mark Deming, "was a quantum leap over the sound of their debut."

The release of President Yo La Tengo in 1989 did much to establish the band's reputation among rock critics including Robert Christgau who praised the "mysterioso guitar hook" in the first song. Produced by Gene Holder of The dB's, the album was the band's last release on Coyote. Despite the positive reception of the album, sales were still poor and Wichnewski left the band not long after. Hubley and Kaplan carried on as a duo and began playing two-electric-guitar shows. Kaplan, though typically a pragmatist, started carrying a bug trapped in amber in his pocket for luck.

Yo La Tengo reunited with Dave Schramm in 1990 to record Fakebook, an album of mostly acoustic tunes, including covers of Cat Stevens, Gene Clark, The Kinks, Daniel Johnston, among others, with five original songs by the band themselves. Again produced by Gene Holder, the album's folk sound was a change of pace for the band. Years later, Kaplan recalled that the album was "just me and Georgia looking for an excuse to record with Dave Schramm and Al Greller" who played guitar and double bass on the album, respectively.

In 1991, with Dave Schramm in tow, Yo La Tengo collaborated with Daniel Johnston on the song "Speeding Motorcycle" which was released as a single. The band also released a 7" single on Bar/None Records with the song "Walking Away from You" backed with a cover of Beat Happening's "Cast a Shadow." Gene Holder produced the single and played the bass. The That Is Yo La Tengo EP released later that year included some tracks that would end up on the group's next LP.

After the release of That Is Yo La Tengo, James McNew began playing bass with the band, forming the trio that continues to make up the band today. According to McNew,

“I originally signed on as a fill-in for a short US tour, and a 4-week summer tour of Europe with Eleventh Dream Day. One night after a show in Munster, I was to look after our box of merchandise while Ira and Georgia went gallovanting through the town, meeting their policemen. Needless to say, during our soundcheck in Hamburg the next day, it suddenly dawned on me that I had left the box filled with copies of this EP back at the club in Munster. Oh man, was I in trouble… Sure… blame it on the rookie.”

The band recorded May I Sing with Me in Boston with Holder producing and Lou Giordano engineering. The album was released on Alias Records in 1992. Two of the album's eleven songs ("Swing for Life" and "Five-Cornered Drone") were carried over from the That Is Yo La Tengo EP and feature Holder on bass. The Upside-Down EP was released on CD in support of the album, rounding out the band's releases on Alias.

In 1993, Yo La Tengo began their partnership with Matador Records, releasing a 7" and CD5 of the song "Shaker" which the band recorded with John Siket in New Jersey. The following LP, 1993's Painful was also the beginning of the band's fruitful creative partnership with producer Roger Moutenot, who has produced all of their subsequent albums. Painful is the first Yo La Tengo to feature James McNew on every song; Rob Sheffield, writing for Rolling Stone remarked that McNew "became an essential part of the sound on Painful, the 1993 album that kept every promise Yo La Tengo ever made and blew their previous highlights away." Critical reaction was quite positive, with reviewer Stephen Thomas Erlewine calling it "a subtly addicting album." Robert Christgau also praised the group once again, writing in his review that Yo La Tengo is "always friendly. This is not the forbidding experimentation of an aspiring vanguard. This is the fooling around of folks who like to go out on Saturday night and make some noise–and then go home humming it." The band released Electr-O-Pura in 1995 to similar acclaim. For the first time, all songs were credited to the band as a whole rather than individual members; this became the norm for all future releases.

The band's 1997 LP I Can Hear the Heart Beating as One synthesized the group's eclectic combination of folk, punk rock, shoegazing, long instrumental noise-jams, and electronic music into a sprawling, multi-faceted style. Critical reaction was extremely positive; Pitchfork Media awarded the album a 9.7 out of 10 and reviewer Stephen Thomas Erlewine wrote that it was "arguably Yo La Tengo's finest and most coherent album to date." Kaplan recalled a turning point in the band's musical progression:

“I think after Electr–O-Pura we’ve had a direction of trying not to worry too hard about what the next album is going to sound like. Everything we’ve ever played on we just do whatever seems right at the moment, we just write a bunch of songs, and then go one baby step at the time and just do what seems right.”

With their critical reputation higher than ever before, the band toured extensively and their fan base continued to grow. In 1998, they collaborated with Jad Fair and released the album Strange But True to mixed reviews. The band entered the studio again in late 1999 to record their ninth LP. And Then Nothing Turned Itself Inside-Out was released in February 2000 to a warm reception.

In 2001, Yo La Tengo recorded an instrumental score for eight short undersea documentaries by Jean Painlevé, entitled The Sounds of the Sounds of Science. The program debuted at the San Francisco Film Festival and has been performed live approximately twelve times. The band also released an EP with covers of Sun Ra's "Nuclear War" in late 2002.

The band's tenth LP, Summer Sun, was released in 2003. Although the album received generally favorable reviews, some critics found the album's quiet atmosphere "underwhelming." Others criticized the band for a perceived lack of invention. When asked about the album's quiet nature, Kaplan stated,

“We made a decision at the last second just to leave the loud songs off. We were looking at the material we recorded and just trying to put out the best record that we could. At a certain point, we just thought it seemed right to put out the quiet ones. I've been aware that there's been some surprise about that and people saying it's even quieter than the last record, which has sort of taken me by surprise."

Yo La Tengo collaborated with Yoko Ono on the 2003 charity album Wig in a Box: Songs from and Inspired by Hedwig and the Angry Inch in support of the Harvey Milk High School. The band put together their first "best of" compilation entitled Prisoners of Love: A Smattering of Scintillating Senescent Songs: 1985–2003 which was released in 2005. They composed scores for four more films: 2005's Junebug and Game 6, and 2006's Shortbus and Old Joy. Their scores for these four films were collected on the 2008 compilation They Shoot, We Score.

Their eleventh LP, I Am Not Afraid of You and I Will Beat Your Ass, was released in 2006 to universal acclaim. Informed by their soundtrack work, the arrangements included more strings and horns than any of the band's previous albums. Kaplan told an interviewer:

"I think we gained an element of comfort with using that kind of instrumentation, and it became something we could draw on for our other songs."

In addition, the album was book-ended with two guitar jams lasting over ten minutes each.

In 2006, the band released Yo La Tengo Is Murdering the Classics, a compilation of their live impromptu cover-song performances on the New Jersey freeform radio station, WFMU. As part of the station's annual fundraising marathon, listeners who call in to pledge money to the station may request a favorite which the band will then perform on the spot. In late 2007, the band began performing acoustically for "The Freewheelin' Yo La Tengo" tour. Audiences were encouraged to request songs and ask questions which, Kaplan stated, the band tried to answer

"in a strategic manner so that the answers to the questions will lead to the next song."

In March 2008, Yo La Tengo performed under the alias "Condo Fucks" at Brooklyn's Magnetic Field. As Condo Fucks, the band released an album of cover songs, Fuckbook, on Matador in March, 2009. On June 4, Matador announced a new Yo La Tengo album called Popular Songs. Yo La Tengo is also contributing to a tribute album for New Zealand rock and roll musician Chris Knox who suffered a stroke in June 2009. All proceeds from the album will go towards Knox's recovery.
Top Tracks
1) Autumn Sweater
2) You Can Have It All
3) I'll Be Around
4) Our Way to Fall
5) Green Arrow
6) Sugarcube
7) My Little Corner of the World
8) Nowhere Near
9) Moby Octopad
10) Return to Hot Chicken
11) Stockholm Syndrome
12) Center of Gravity
13) Damage
14) Deeper Into Movies
15) Shadows
16) Little Honda
17) Tears Are in Your Eyes
18) Everyday
19) One PM Again
20) My Heart's Not In It
21) From a Motel 6
22) Let's Save Tony Orlando's House
23) The Lie and How We Told It
24) Big Day Coming
25) Saturday