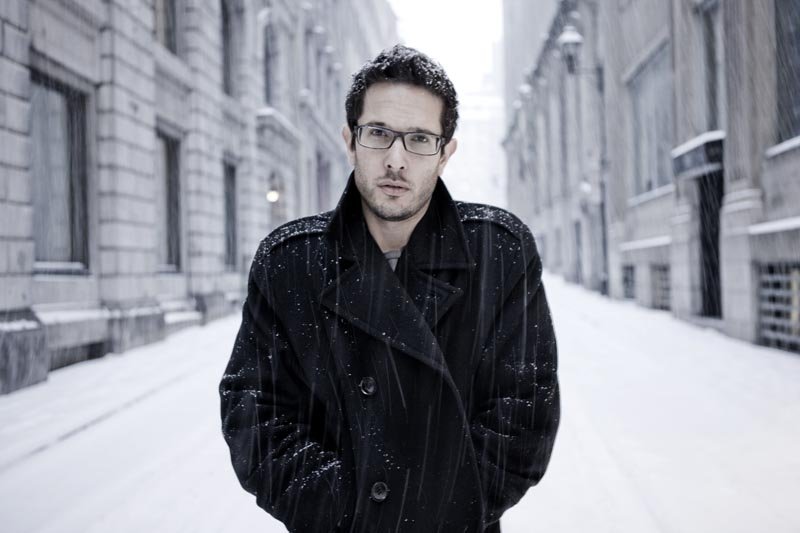 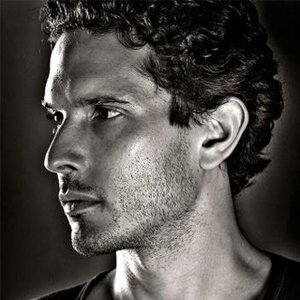 A singer/songwriter, Yoav has the ability to create a spectrum of sound , resulting in a one-man sonic showdown. Using his trusty, beat up, acoustic guitar, and a constantly mutating live looping setup he calls "The Beast," Yoav’s distinctive sound and multi-layered songs have connected with audiences everywhere .

Yoav’s debut album, Charmed and Strange (2008), had an extraordinary effect on people around the world. Since its release, he has been on a journey of sold-out headline shows in Canada, the U.S., and Europe. A North American tour with Tori Amos saw Yoav sell almost 9,000 discs off stage in just 3 months. He’s been an iTunes Canada ‘Single Of The Week’ feature artist. He’s had a #1 song in Russia, where he also received a special RAMP award (Rock Alternative Music Prize) in recognition of his achievements. After only one radio session in Denmark, within 24 hours Charmed and Strange climbed to # 1 on their iTunes album chart.

Born in Israel and raised in Cape Town, South Africa, Yoav’s parents favored classical and traditional music, encouraging their son towards those genres. Nevertheless, at the age of nine, Yoav began sneaking off to the neighbors to soak up the hits of British radio acts. By twelve, while his family slept, he was in the backyard practicing quietly on a battered guitar his older brother had given him.

Yoav is not an easy artist to pigeonhole. His progressive, acoustic, singer/songwriter style is fused with an electronic aesthetic, giving a mindful nod to DJ culture, and escapes conventional definition. “Wherever I’ve been, I’ve always been outside of things. And the people I’ve connected with have always been that way, too. It makes you lonely but, at the same time, I wouldn’t change it. I’m really glad I’m living the life I’m living. Different cultures, different art, different mindsets. I want more.”

Moving from the U.K. to New York further expanded Yoav’s musical mindset. A percussive style eventually took hold in his guitar playing, and inventive live sets followed. Beats are pounded out on his guitar’s body, loop stations add layers of sound and voice, and everything is artfully conducted by his dexterous hands and feet. “If you look at a guitar, there is a standard way you play it,” remarks Yoav. “You either pick or play chords.” But why stop there? “I’m very into hip-hop and electronic music, and some other sounds you wouldn’t necessarily associate with the acoustic guitar, looping and processing them. Melodically and rhythmically, everything changes when you move away from picking and strumming.”

Yoav’s songs have been featured on the popular TV shows One Tree Hill, So You Think You Can Dance, and The Mentalist. He also performed on the immensely popular UK music show, Later with Jools Holland and on MTV Live.

Experimentation with sound from his acoustic guitar is an area in which Yoav thrives, and a direction he is intent on continuing to explore. With his second album, A Foolproof Escape Plan, he further pushes the sounds of pop music and instrumentation. True to his reputation as global citizen, Yoav spent 2009 writing songs in London, South Africa, and Venice Beach, California, collaborating with a mélange of musicians and artists from around the world to add to the richness of his sound. Joey Waronker—the outstanding American music producer and drummer who has worked with Thom Yorke, Beck, Smashing Pumpkins, and R.E.M.—took the producer’s chair.

Like Charmed and Strange, most of the sounds on Yoav’s sophomore album, A Foolproof Escape Plan, were created solely with his acoustic guitar. Except for a few piano and cello parts, all the drum, bass, keyboard and piano sounds were beaten and dragged out of his trusty Lowden acoustic.

The songs on A Foolproof Escape Plan further reflect Yoav’s experiences and his connection to current global issues, but this is also a highly personal record that is both honest and introspective. The debut single Yellowbrite Smile uses the iconic cliché of a smiley face to reflect the passive acceptance of our increasingly absurd and fast-paced existence, the selling of distraction, and the commercialization of happiness. In Easy Chair, Yoav reminisces about childhood, his signature guitar beats pulsating throughout. Many of the songs on A Foolproof Escape Plan explore his experience of the spiraling chaos of the world around him: Changing relationships. A world unbalanced. The constantly transforming face of music. In his own way, Yoav is embracing the answers he uncovers, and calming the chaos with loops, beats, voice and guitar in hand.